It is Friday!  This week has about done me in, so I am ready for the weekend.

Let's get right to our Featured Friday Shuffle! 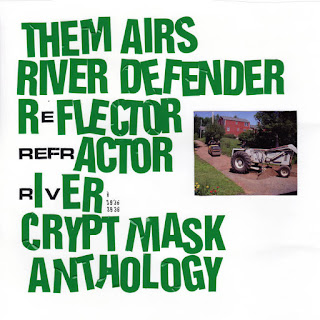 "Jesus or Jail" by Linda McRae


I have fairly recently been introduced to the music of Linda McRae.  I had previously seen her at last year's 13th Annual Get Behind The Mule tribute and benefit.  Then just a few weeks back, I saw her perform some of her own songs at Dee's for a Madison Guild Monday show. McRae is a native of Vancouver, British Columbia, and now lives in Kingston Springs, Tennessee (a town with a very rich musical past and present).  She in very active in working with incarcerated individuals as a mission to use music and the arts to assist in helping to reintegrate the men and women to society. She was kind enough to send me a copy of her Shadow Trails CD which is from 2015/2016. Since it was new to me, I decided to include it in my Trending playlist.

Next up, a brief track from Dragon Welding - a solo effort and an anagram  of Andrew Golding of The Wolfhounds.

"A Woman's Touch" by ESOEBO

Not to be mistaken with SPC ECO whose music he have been featuring in recent month, we have a first listen to the forthcoming sixth album - called "VI" by the Atlanta duo of Chuck McDowell and Gail Burnett. ESOEBO (eclectic sounds of everything but opera) - is a roots based experimental band. This is my first listen to their music, and I am really digging this.  In the video playlist, we have Chuck McDowell doing this song, solo.  Much more to come on this album.

Another day, and we have another track from the UK post-punk, alternative band Bromide.  I have always punk, post-punk etc. bands who have a strong pop sensibility (pop in the best sense of that nebulous term).  Bromide have this, and thus, I am digging their music.  This is the b-side of the "Magic Coins" single we played yesterday.

Next up, we have another track from legendary roots band 6 String Drag - from their compilation The Jag Sessions - which was released on vinyl for the first time on Record Store Day 2019.

Next up, we have the first of two tracks in today's shuffle that came to me from last weekend's Magnolia Roads American Roots Hoedown IV.  Bryan Haraway is based in Las Vegas. This is a track from his forthcoming self-titled album (due in June - I think).  A really wonderful songwriter who was backed by some incredible musicians from both Nashville and Las Vegas.  More to come on this one.

"Nightmare on Winnikee" by Tito Montana

Switching things up, we have some hard-hitting hip hop music from New York based Tito Montana from his release Why Not Me? 2.0.  Tito Montana life story in one of struggles and bad decisions. Like so many people, music looks to be his way back and his way out. The raps on are no holds barred honesty and the music is hard and melodic.

Next up, we have another track from Pat Powers Classical Vol. 1. This brief piece was composed by J.S. Bach.  A  little bit more about Pat Power.  I was first introduced to him as part of the experimental hip hop duo Valued  Customer. My early listens to their music included a wild covers album (now out of print) featuring their unique takes on well known pop songs, a guided mediation like album, and a tribute to Frank Ocean. Later, the released the stunning Kalpa album, followed by an album of b-sides from their forthcoming album hugecup.  Hugecup was a mind-blowing collection of extremely experimental music that I found accessible. Since then, Power and his bandmate Ugggy have been mostly pursuing solo work. Ugggy released new music (albums, EPs, and mixtapes) on the first of every month for a whole year. Pat Power has released a series of albums exploring his diverse musical interests and demonstrating his incredible talent. He is a classically trained musician who has played ethnic Ukrainian music - among many others.  In the video playlist, is a 2012 performance - which would be right around the time I first encountered his music.


"Zachary" by Them Airs

Next up, we have our first listen to the relatively new band Them Airs (who were previously known as Mirror Waves). This is a 4-song sampler they put out mainly to sell at live shows. It includes two tracks from their highly anticipated Echo Park Bomb City album - plus two bonus tracks. Them Airs is a New Haven, Connecticut based band that features three musicians we have heard before.  Cade Williams (we featured his experimental music released as Smokey the Firebear) and Evan and Hayden Nork (The Foresters et. al.) - the three previously performed as part of the band Circus Propaganda (we featured their music, too).  They are joined by a few other friends. Cool stuff.


"Lost and Found" by RJ Cowdery

Next, we have another track from What If This Is All There Is? - the album is due out in two weeks.  Cowdery is from Columbus, Ohio, and her album was produced by Nashville's own Amy Speace.


"Promise Ring" by Jeff Mix and the Songhearts

We close with our second track of the day that came to me via the Magnolia Roads Hoedown.  It from the album Lost Vegas by Jeff Mix and The Songhearts.  Jeff Mix and his family very recently relocated from Las Vegas to Nashville.  In fact, they rolled into the Hoedown just three days after arriving in Nashville, and they subjectly left almost immediately for a short tour. For the show I saw, the Songhearts was an incredible band of both Las Vegas and Nashville musicians.  The album is just around a year old, and I am digging what I've heard so far.  Stayed tuned to more.