A bit rushed today... let's get right to the Trending Thursday Shuffle!  Enjoy! 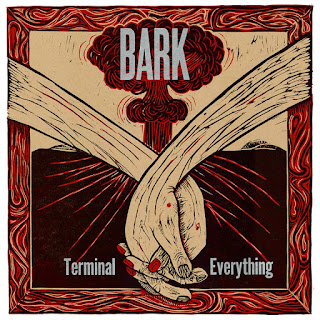 "Louise" by Chris and Adam Carroll

August 9 is the official release date of Good Farmer by the powerhouse husband and wife duo of Chris and Adam Carroll.  This is a great album.  This is the second of two albums by Adam Carroll which were successfully crowdfunded together. The first was I Walked in Them Shoes - which we have been featuring.

Ummagma are a truly international multi-genre duo (from Canada and the Ukraine).  Their album Compass is due out tomorrow!  Check out an older song from the duo in the video playlist.  And look for the album via Leonard Skully Records.  Ummagma was formed in 2003 and features Alexander Kretov and Shauna McLarnon. McLarnon is also a publicist whose offerings always keep E2TG diverse and interesting.


"Call Me" by Reckless Johnny Wales

We have told the interesting story of Reckless Johnny Wales many times. Suffice it to say, he is a larger than life fixture in Nashville's music past and present. We have been fortunate enough to feature the last few albums from Reckless. I was even lucky enough to share sit down one on one with the legendary character and preview one of his previous albums.  Of late, Reckless has had a lot to say about the state of this town and of the country, and I suspect he still does, but for his latest album, we get to experience another side of Reckless Johnny Wales. End It With a Love Song is a collection of (you guessed it) love songs.


"Winch" by Them Airs

Them Airs are back in the shuffle with another track from their Echo Park Bomb City.  The Connecticut band (previously known as Mirror Waves) play post-punk, experimental, art rock music.  The album was recorded between January and April of this year and officially released on June 8.

Next up, we have another track from The Last Waltz tribute album by California band Mrs. Henry.  This is a cover of a Neil Young song - performed by Young, with The Band, and Joni Mitchell at The Last Waltz.


"State of Mind" by Eye Said So (Feat. Taeryn Rayne)

Next up, we have our first listen to the self-titled EP by Austin, Texas based band I said so.  They call their music (which combines multiple influences) schizo-pop.  I am digging this so far. This track features Taeryn Rayne - who is a visual/digital artist (associated with The Las Vegas Arts District), as well as being a vocal artist and songwriter.  Rayne is also currently based in Austin.

Next up, we (finally) have our first official listen to Terminal Everything, the new album by E2TG favorites BARK.  BARK features Tim and Susan Bauer Lee (formerly of Tim Lee 3).  The Lees are originally from Jackson Mississippi, and they are now based in Knoxville, Tennessee - where they are a vital part of the thriving music community.


"The Maze" by Ariana Gillis

Next up, we have the title track from that Buddy Miller produced album by Canadian singer-songwriter Ariana Gillis. Great song, great album. Happy to be featuring it.

Next, we have the first of the five "Ruptures" (brief tracks with acquired spoken word pieces). This Rupture provides and important history lesson - still relevant to these troubled time.

Next, we have another track from Possible Dust Clouds by veteran musician Kristin Hersh.

We close with another song from Broke in Two by Colorado band Grant Farm.  I am really loving this album. It has a great sound.