In case you missed it, we had two final 2018 posts including the Bands and Artists of the Year which were posted over the last two days.  Below are the links:

Now we can get back to 2019.  Today, we have our first Music City Monday Shuffle of the new year.

The name "Music City" is traced back to 1950 when it was used by WSM-AM announcer David Cobb. Nearly eighty years earlier, Queen Victoria, herself, upon hearing the Fisk Jubilee singers, is quoted as saying, "These young people must surely come from a musical city."

Truly, I am willing to put Nashville up against any city in the world for the depth and breadth of the talent.

The Music City Monday playlist (Spotify:Music City Monday) was made to showcase a good cross-section of that music past and present. Every artist in the shuffle is connected to Nashville - even though a particular recorded included by pre-date or post-date their time here. My logic is that every artists adds to the music culture of our fair city when they come and leaves changed in some way by their time here.

Without further ado - let's get right to the shuffle! 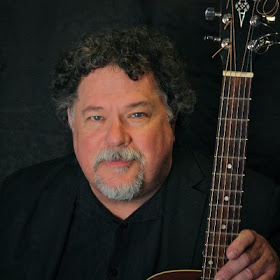 I have been a fan of Nashville music for over 30 years now, and I have been a fan of Bill Lloyd for about that long.  From his days leading the band The December Boys to today - putting out solo albums, leading The Long Players, and more - it is hard to think of Music City and not think of Bill Lloyd.  He has a new album called Working the Long Game - which came out late in 2018.  This recording is from his previous album It's Happening Now (2017).  The song was originally on his 2011 album back to even.

Webb Wilder is another artist who I have loved since my earliest days listening to Nashville music, and he is still going strong. He released Mississippi Moderne in 2015. Last year, saw the release of the rarities compilation Powerful Stuff. This song is from that collection. The album includes original and cover songs. This song was written by long-time Webb Wilder producer and songwriter R.S. Field.  Field also co-wrote the title track which became a hit for The Fabulous Thunderbirds when it was featured in the motion picture Cocktail in 1988.


"Lost in the Sway" by Will Payne Harrison

Will Payne Harrison is a more recent Nashville transplant (by way of south Louisiana).  This is a great song from his release East Nashville Blues. Harrison hosts a podcast called Americana Station which provides a look into the mind of Nashville's songwriters and musicians.


"Upside Down" by David Olney

David Olney has been a part of the fabric of Nashville music since the early 1970s.  He came to town as a songwriter - hanging with and earning praise from key figures in the outlaw country movement. In the 1980s, he lead a rock band called The X-Rays. In addition to being the premiere songwriter in Nashville, Olney is a poet, a Shakespearean actor, and a powerhouse performer and musician. He released his latest album This Side or The Other in 2018, and he can be heard blowing harp on Daniel Seymour and Mark Robinson's Earie winning Chug it Down and Go.   This song dates back to Olney's 2005 album migration.  This recording is from the Live at Norm's River Roadhouse - a 2008 live album featuring Sergio Webb and Jack Irwin.  The song was co-written by Olney and John Hadley. Norm's River Roadhouse was a legendary venue that featured some of my Nashville's finest.


"Girls" by The White Animals

The White Animals formed in 1980 and became one of Nashville's most beloved bands of the post-punk era. This live recording comes from a 2000 compilation called 3000 Nights in Babylon. The band still reunites on a regular basis - including most recently here in town back in October (I think).


"Get to You" by Brandy Zdan

Moving back to one of the "new" Nashville's best - we have rock singer-songwriter Brandy Zdan with the lead track and single from her most recent album Secretear. Zdan puts on a powerful show.

21st Centure Nashville rock band - Diarrhea Planet called it quits in 2018 which is a bummer. Although it was their name which first caught peoples attention, their music is what reeled them in. A supremely fun - high energy band - the world is that their farewell shows at Exit/In were epic and will long be remembered. This is a track from the band's 2013 album, I'm Rich Beyond Your Wildest Dreams.

It was hard to go anywhere in the 1990s or look at a Nashville concert calendar without seeing the name Joe, Marc's Brother.  This is from The Debut of Joe, Marc's brother.  Joe is Joe Pisapia and Marc is his brother Marc Pisapia. This album featured singer-songwriter David Mead.

Loudon Wainwright III - as I have established in earlier posts - lived in Nashville years ago, so he qualifies for the Music City Monday playlist. This is a newer song from his recently released compilation Years in the Making.


"To Paris (With Regrets)" by Paul Burch

We close out this first Music City Monday of the year with Paul Burch from his landmark and visionary 2016 album Meridian Rising. Paul Burch's Nashville experience includes his role in the resurgence of Lower Broad. He currently is a DJ on WXNA.