Okay,I have been thinking again - I know, I know - this is dangerous territory... but anyway, I feel like I am as fired up as anyone for real and substantive change. I also know that removing Trump and flipping the Senate are vital to making the change I want to see happen.

Now, I have friends and family who are strewn across the political spectrum - I think not as a line but as a plane. Far right, far left, moderate AND right leaning on economic policies but left leaning on social policies (now I realize for some this is an oxymoron but bear with me). I also know people who are basically apolitical but who react against extremism on either side. I know limousine liberals and poor, white "conservatives" who worry about their guns and "the gays'.

So, here is where I am left confused.  And, I guess this question is for the most left-leaning of my readers. It seems to me (or I perceive) that when the world starts tilting left - and more and more of the apolitical and centrists on either side start to move in a direction that I find hopeful, there are some from the far left - who start pushing a far-left agenda that serves to alienate these potential allies.

Now, I know all about and to a great extent share the concerns about the neocons. As a relatively young person, finding my political footing and forming my opinions, I was disillusioned by then President Clinton signing the Defense of Marriage Act - to name just one example. And, yes, I wish the Democrats of that day would have fought harder for LGBT+ rights, and I also recognize the political reality of the time. Winning the majority of Americans to support LGBT+ rights - which is a fight still on-going took time (is taking time).  Supporting "Civil Unions" while tacitly opposing gay marriage was on the one hand weak and cowardly, but it was a popular position. And, we lived to fight another day and now marriage is legal. We have fights that continue and some we thought we won that we are fighting again.

My larger point - at this moment in history - where conversations are finally happening, where momentum is turning, where people are listening and speaking up who have thus far, turned a deaf ear and remained silent. There seems to be a few ways to proceed. We can take some small victories, build partnerships and support, defeat Trump, flip the Senate and then start the long fight for some of our bigger goals.  Or, we can push for all the most radical changes - many of which I support - but in doing so, alienate and then criticize our new potential allies and drive them back to the right - lose the elections and see even more progress be wiped away.

Are there other possibilities? Of course... and I open to those who disagree or who have a different view of things than the one I presented, but that is where my concern lies today.


Now for Part 4 of our Featured Friday Recap (Songs 20-25).  We will conclude our recap tomorrow night: 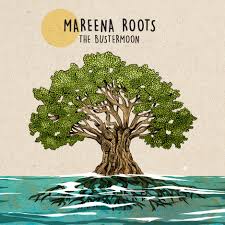 20. "Lovesick Kisses" by The Microdance


A track from the latest album, Our Love Noire, by the London based alt-rockers, The Microdance. The album was tracked in LA and may be the bands most varied album to date.

21. "Mareena Roots" by The Bustermoon


Next up, we have the title track from the recent album by this folk n' roll band from Genoa, Italy.  I really like the sound of this band.


Next, we have the first of two pandemic related songs. This one is a collaboration on many different levels. It is the brainchild of Portland, Oregon based artist Carlos Severe Marcelin.  The track features a spoken-word piece by Alicia Jo Rabins, a verse by Portland band The Poseurs, and a chorus recorded by friends, family, fans, and musicians from around the country recorded on their phones and submitted. It is a remarkably complex and fascinating recording.


Next, we have another song written and recorded under quarantine - also from the Pacific Northwest - this time Washington state. Ravies Kole is a songwriting duo made up of Laurie Raveis and Dennis Kole. A lovely and uplifting song in the 70s pop tradition.

24. "Sasha Goes Too Far/ It Could Be The Nights" by The Mendoza Line


Not precisely a new release but rather a new reissue (a 20th Anniversary reissue at that) from The Mendoza Line who formed in Athens, Georgia in the 1990s before moving to Brooklyn. Peter Hoffman and Timothy Bracy were the principal songwriters in the band.  The reissue features three newly released recordings from the era. The original recording of one of the new tracks was recently discovered by producer and musician David Barbe.


And closing out this portion of our recap, we have a interesting track from French alt-rockers Deleo.  The song has a dirge-pop feel.  A nice was to end this segment of music.


Long-running Brooklyn band - that has featured my Nashville friend Rebecca Weiner Tompkins - with the title track from their 2017 album.  Several E2TG connections with this band.

"Clown Song" by Insane Jane (from A Green Little Pill)


A track from an album we featured heavily back in 2015. Great pop sensibilities here.

"Joe!" by Phoebe Nir (from Side Hustle)


Next, we have a singer-songwriter, playwright who we were introduced to through True Groove Records out of New York. Dig this song and not just because of the name.