Full recap tomorrow, but congratulations to.... 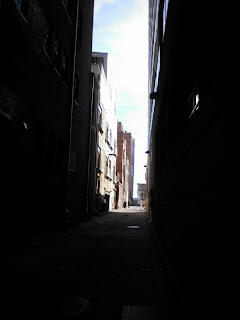 Well, it's Friday again, and we've reached what will likely be the final Morning Shuffle of 2012.  As I mentioned yesterday, I loaded up my new memory card with a random sampling of my digital music collection.  I left some space for all of the great new music to come in 2013.

UPDATE on Band of the Year Voting:  As of the time I am writing this post, we've had in the neighborhood of 1750 votes.  Brooklyn based The Disappointment are holding a 5% point leave over Skeletons in the Piano who are from Upstate New York.  Currently, New York band The Great American Novel are running third.  You've got a couple more days to vote. Voting will end just before Midnight (Central Time) on Sunday December 30.  Also, we need about 200 more votes to surpass our total vote count for last years inaugural Band of the Year poll.  So keep the votes coming.  Here is where to vote:  CLICK HERE

Now for the shuffle which is pretty mind-blowingly eclectic and includes some songs I probably heard for the first time today.  After the JUMP!

Back in April, we released our first download compilation featuring many of the artists we had featured up to that point.  The release was timed so that it coincided with the high holy Record Store Day.  As a year end treat, for those who might have missed it, I'm linking one more time to the Download Page for the Compilation. You'll find all the details there.  And thanks once again to the great friend's who contributed to this collection of beautiful music.  Happy New Year everybody from your friends at Ear to the Ground.