Friday Morning Music Shuffle - It's Up to You Mix

So, when Friday night rolled around, I was running on about two hours sleep and a day at work - plus a 5 hour energy drink I got for free at Live on the Green.  So, to maximize my musical enjoyment and minimize my frustrations, I decided to stick to one venue.  I picked the Cannery Ballroom. The Cannery holds many great musical memories from back in the day.  Most of the shows I saw back in the late 80s were upstairs, but I know of a few shows which were downstairs. 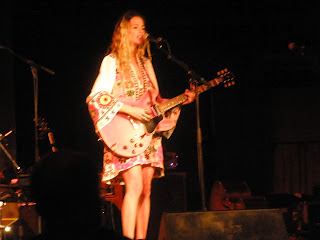 Anyway, I arrived just in time to catch the last song of Shelly Colvin's 8:00p.m. set, and I heard just enough to wish I had been there the whole time.  The song was beautiful. Shelly is a Huntsville, Alabama native currently living in East Nashville where all the cool people live (Blogger's Note: I don't live in East Nashville, so the last statement is obviously false).  She is a genuine, harmonica toting, folk singer. 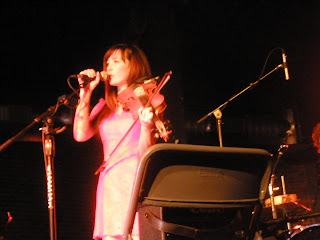 Up Next was Amanda Shires.  Amanda Shires is a Texas born singer/fiddle player, who also currently resides in Nashville.  The first thing I noticed was a familiar looking guitar tech.  Yep, that was Jason Isbell or as he was introduced later when he came on stage a few songs into the set, the future Mr. Jason Shires.  Amanda Shire's music is Americana/Alt-Country friendly with strong Indie Rock street cred.  Ah hell, it's just damn good music.  She was backed by a cracking band featuring Rod Picott and supplemented by Jason Isbell on a number of songs. 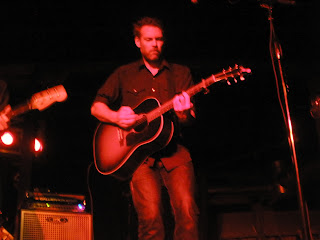 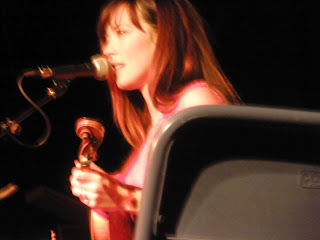 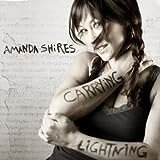 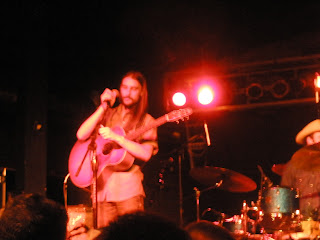 Next on the bill was Houston native and recent Nashville resident Robert Ellis.  I wasn't all that familiar with his music, but I really enjoyed it.  It did a new song, Houston, as a goodbye to his hometown, and it reminded me, favorably to Steve Earle's haunting Goodbye Guitar Town.  The set ran the gamut from slow sad country to all out rockers.  Bonus points in my book for having the lovely  and amazing Caitlin Rose out for a song.  I was a bit further from the stage for this set, so sorry for the quality of the pictures. 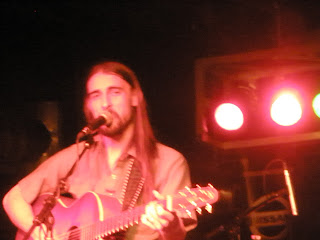 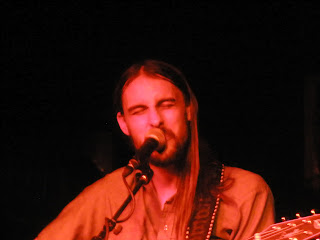 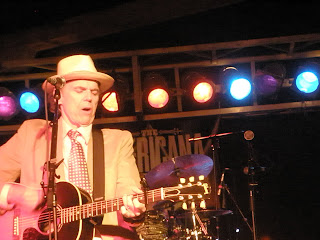 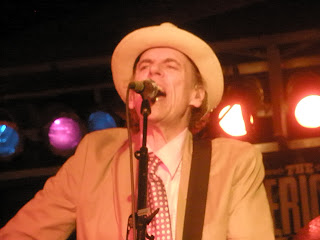 The headliner of the evening was the legendary John Hiatt, making a rare Nashville appearance. Hiatt is one of those larger than life/down to earth performers.  He took the stage and powered through an amazing set that included some songs from his (what was then) forthcoming  (out on September 25th) album Mystic Pinball and a slew of songs from across his storied career, including that one that Bonnie Raitt covered and the one Eric Clapton and B.B. King did.  He also, at the request of a loud member of the audience) did the classic Memphis in the Meantime.  I've been a huge John Hiatt fan for a lot of years, and this was just an incredibly fun show. 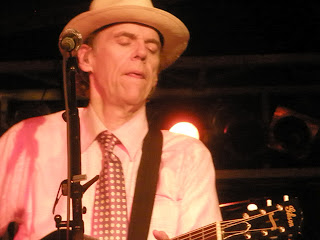 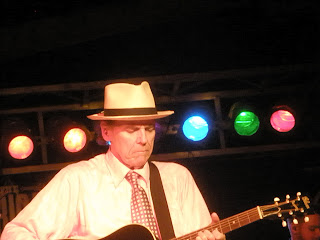