It's that time again.  Conveniently located on the left side bar <-----left-------- of the blog is a Poll which will allow you, dear reader, to vote for your favorite Band of the Week from February 2012.  To help you out here is a handy dandy recap....  Enjoy!

Week 1 - Hailing from Brooklyn - The Gypsy West offer up music for the revolution:

Here is an acoustic version of 'D':

Week 3: We went into the woods (and we never came back) with NJ band The Amboys.

Here is Ashley Meets the Wolf:

Here is In the Woods:


Week 4 is California based The Weekend Forecast.

Here is the Dexterish I'm Done:

A Demo version of the Song Right:

Email ThisBlogThis!Share to TwitterShare to FacebookShare to Pinterest
Labels: Band of the Month, Citizen Smith, The Amboys, The Gypsy West, The Weekend Forecast

It's Leap Day - it only comes around once every four years, and it's way cooler than the Presidential Elections.

So let us leap (yes, I did that) into a nifty little shuffle...

Kafka (no not the early 20th Century German writer, this Kafka is a alt-rock singer/songwriter from Burnley, Lancashire UK.   He writes passionate and driving songs.  The song is Jump Down from the album Mysterious Skin..  Give Kafka a try. 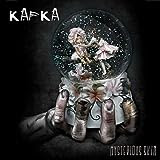 The Drums are a Brooklyn-based band.  On Valentine's Day, they released a cover of The Ronettes Do I Love You.  They have new music coming soon, but below is a link to last year's Portamento album. 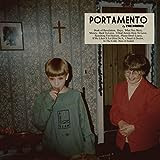 <----Portamento by The Drums @ Amazon.com


Band of Skulls are a UK band. They rock out on the track Death by Diamonds and Pearls from 2009's Baby Darling Doll Face Honey.  They have a brand-spanking new album available now called Sweet Sour.

<-----Baby Darling Doll Face Honey by Band of Skulls on Amazon (once you check out this album navigate around Amazon to check out Sweet Sour.

"Music hath charms, they say, but in some people's hands it becomes a savage beast." - Joe Jackson

Over 30 songs were added to the mix last night which brings our February final tally to over 100.  We shuffled up all those February adds and this is what came out.

We begin our musical journey in Bristol, UK with the Indie, Shoegaze, Noisepop band The Fauns who were once a Band of the Week here at Ear to the Ground.  Today, we have the Mastermind Mix of the song Cool Stuff. The lush original version can be found on the band's self-titled album: 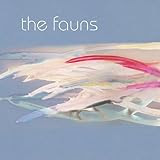 <------The Fauns by The Fauns get your #shoegaze on at Amazon.com 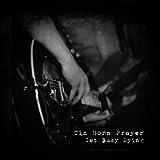 
Justin and the Salty Dogs come from Chicago and their Yodel heavy song Postman Blues is next up on today's shuffle:

<------Use the ReverbNation widget to check out Postman Blues


Finally, we have Long Beach via San Diego band Delta Spirit singing about the French Quarter of New Orleans in a song from the band's 2006 EP, I Think I Found It. 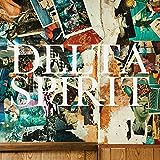 <---Pre-order the Self-Titled Album by Delta Spirit at Amazon.com due March 12.

It's Monday here in Downtown Nashville, and Newt is going to be here today.  Right across the street from me. Sooooo excited.... *yawn*

In other news, as we wrap up the month of February (I will be adding the last batch of songs for the month tonight), I thought we would hit the Way Back machine and head back to January 2012. Remember when...ah nostalgia..

The Only Living Boy in New York by Simon and Garfunkel from the Bridge Over Troubled Water album. "I get the news I need on the weather report." 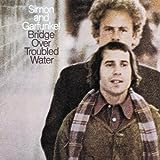 <-----Bridge Over Troubled Water - Simon and Garfunkel via Amazon.com

Three Times A Midnight   by MAKAR from the Funeral Genius album.  "I'll take you on a suicide drive." 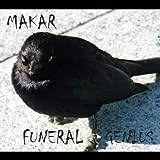 Have You Ever Seen the Rain? by Joan Jett covering The Minutemen Creedence Clearwater Revival from Joan's The Hit List cover album.  "Someone told me long ago, there's a calm before the storm." 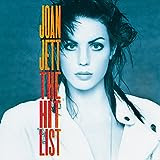 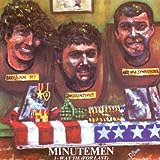 <----3 different versions of Have You Ever Seen the Rain? via Amazon.com

And finally, a song about the guy who walked on the moon and blew his lines at the very moment Burris Weems the protagonist of Greg Matthews' novel Little Red Rooster was born.  Neil Armstrong by The Dexateens from their 2007 album Hardwire Healing.  "Well it's cold in July when you're up in the sky..."

<-----Hardwire Healing by The Dexateens via Amazon.com

Email ThisBlogThis!Share to TwitterShare to FacebookShare to Pinterest
Labels: Creedence Clearwater Revival, Have you Ever Seen the Rain?, Joan Jett, Little Red Rooster, MAKAR, Neil Armstrong, Simon and Garfunkel, The Dexateens, The Minutemen

Way way back in May 2011 (the first month of this blogs existence), we did a brief notice about a band called The Weekend Forecast.  At the time, they were a brand new band, and just a few snippets of songs had been released via YouTube clips. We promised to keep our Ear to the Ground and to report back on the band.


We had called that post "Rumblings" - meaning you put your ear to the ground, and sometimes you'll hear a distant sound of something approaching, and though you may not be sure exactly what that something may be, you keep listening.  It can take patience, and something that sound may end up being something of little significance, but, I've found, sometimes it is well worth the wait.


And so... we flash forward to February 2012, and The Weekend Forecast have put out an album and video.  And now that they are Band of the Week on Ear to the Ground, the sky's the limit.


First up, is the video for the first song on the album, "Sun, Doubt & Scenic Routes".  The song is I'm Done and the video is a play on the Intro to the television series, Dexter.


And yes, since you asked (blogging can be a lonely business, so sometimes we have to imagine our readers asking questions), that is Benji Schwimmer, season 2 winner of So You Think You Can Dance?.

The album is out and available right here, right now:

Email ThisBlogThis!Share to TwitterShare to FacebookShare to Pinterest
Labels: Band of the Week, Benji Schwimmer, The Weekend Forecast

Yesterday was a good day for driving with the windows down and blasting tunes just up to the point where the sound begins to distort.

We've reached the end of another week. I know this is a symptom of old age, but man, time sure is flying.  It's almost March.  Later today or tomorrow, I will be unveiling our 4th and final Band of the Week for February, and next week sometime, we will begin the task of naming our Band of the Month.

Before we get to today's shuffle, I had a treat in my Inbox this morning - a freshly minted track from Band of the Year Runner-Up Ubiquity Machine - the first from a forthcoming EP.  I can't wait for all of you to hear it.

♪♫ #2 - It seems like it's been forever since we've had The End Men show up in a morning shuffle, whatever, it's been too long.  Build It Up is the title track from the band's excellent EP, and it is the song, I first heard, and I was reminded how, when I heard the first few bars, I KNEW that I had just discovered a new fave!

♪ ♫ #3 - I heard a couple of reports on NPR this morning about difficulties in other countries over elections.  Here is the US - voting tends to divide us.  But, here at Ear to the Ground we march to the beat of our own drummer(s).  Less than a month ago, The End Men and this next band were engaged in a bitter, hard fought vote to be named Band of the Month, but at the end of the day, once all the votes had been counted and all the challenges and protests had been heard, the two bands were able to put aside their differences and come together....(I'm tearing up now which you can't see so it loses it's effect).

Belong Here  comes from the Funeral Genius album by February Band of the Month MAKAR.

♪♫ #4 - Finally - we go to the first EP  of the Accomplices series by recent Band of the Week, The Gypsy West.  Accomplices I and II are available from Bandcamp and volume III is coming soon. The  concept series tells a story and amazing enough the first volume contains two covers which contribute to the overall tale being told.   Today we have one of those covers - Richard Cory was originally on the Simon and Garfunkel album Sound of Silence - based upon the Edwin Arlington Robinson 1897 poem. Here the band makes it their own.