Monday Music - (from a distant time and place vol. 1)

I am off the grid this week, so I've left some video treats scattered throughout the week.  Enjoy and see you next week.

Email ThisBlogThis!Share to TwitterShare to FacebookShare to Pinterest
Labels: Nashville 80s Rock, Questionnaires, Raging Fire, Royal Court of China, The Movement, Videos, Walk the West, Will and the Bushmen, Will Kimbrough

Songs for a Friday Night

Email ThisBlogThis!Share to TwitterShare to FacebookShare to Pinterest
Labels: Dogs of Oz, Rooftop Runners, The Riverbreaks

Late morning and busy day, so we will make this quick.

First up with have another great song from our Ear to the Ground Presents: Volume 1 compilation, which you can download for free - Go get it!

Today's song is Cry With Me by You and Me. (Stream the song, below and then grab it via the compilation.

cry with me by You and Me

Second of all is the classic Garageland from The Clash's self-titled album.  "Back in the garage, with the bullshit detector".

And finally, we have a stellar track from Dinosaur, Jr. main man, J Mascis.  I've Been Thinking is a b-side to the Circle single from last year. 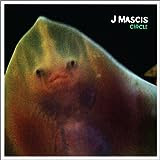 Have a great weekend!

Email ThisBlogThis!Share to TwitterShare to FacebookShare to Pinterest
Labels: J Mascis, The Clash, You and Me

CORRECTION:  In a previous post, we stated that Justin Bieber and The Jonas Brothers founded The Quarrymen, the band that later became The Beatles.  This was not correct.  As many of you wrote in to tell us, Justin Bieber joined after the name change and was never a member of The Quarrymen. (source: wikipedia). Ear to the Ground regrets this error.

Got a full plate today, so let's get to the Shuffle:


First up, lets get our 90s Power Pop groove on with Velvet Crush a Rhode Island band.  Today's song is Weird Summer which comes from their 1994 Matthew Sweet produced, Teenage Symphonies to God album. 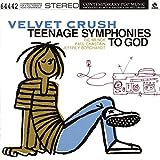 The next track is from an upcoming mixtape called, The Wild, The Innocent and the TV Shuffle. It's a song called, I Wonder Who She's Kissing Now from the San Diego based duo, TV Girl.

(a previous release from TV Girl)


Next is a live version of classic UK punk song, Ever Fallen In Love (With Someone You Shouldn't've) by The Buzzcocks from their second album, Love Bites. People from my generation may recognize the song which was covered by Fine Young Cannibals.

The Black Jesuses are a side project of members of the band The Parlor Mob.  Roll Call Blues is today's track from that project.(h/t and link to Popa's Tunes) 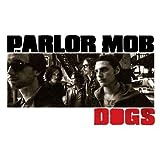 Finally, we have a track from a compilation called, Generations I: a Punk Look at Human Rights.  It's called The Alien Song, and it features The Red Aunts along with punk goddess, Exene Cervenka (as Exene Cervenkova). 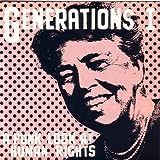 Welcome to my world... or at least to my little dark corner of the internet. It's mid-week.  Tomorrow night, I'm going to an adult's only "play date" at the local science museum. The evening has a Zombie theme, and we get to try  out all of the exhibits.  Should be fun...

We got four songs up today on the Shuffle, so let's get to it:

1.  Wasting My Time is a track from the self-titled EP from Francis Bowie. Francis Bowie is a visual artist and musician from Denmark.  He makes what he calls Intelligent Pop Music. Today's track is pristine electronic pop. 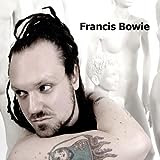 2.  Ah yes, we have another track from our Compilation have I mentioned our Compilation? Well, we have a Compilation!  Compilation!
Oh and this is a good one. The Dead Exs are a New York band, they were Band of the Week back in December, and they play awesomely dirty blues-inspired rock and roll. The track is More Stuff!

3.  Better Now  is the lead track off the new Fourth Wall album by Nashville-based, The Vespers.  They are a folk-pop band which combine beautiful voices with gentle acoustic music which is not lacking in energy and passion. 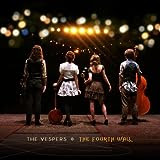 4.  And finally - Rattlesnake  is a cool track from Raleigh, North Carolina Alt-Country/Rock band American Aquarium. The song is on the band's 2010 album Small Town Hymns.

Great set of songs with some bands we are just getting familiar with plus our old friend's The Dead Exs. 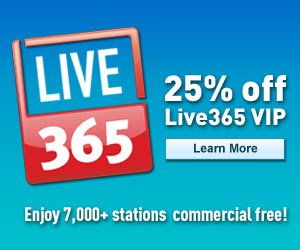 Yes, yes, I've been neglectful of naming Bands of the Week..um..weekly, but I hope you'll forgive me now that you realize I've been working on the Volume 1 compilation.

I've also been neglectful when it comes to the 2nd Band of the Week for April - Nikki Sue & the Bad News.  They've made our shuffle a couple of times (at least once if not twice), and I've been really digging the sound. So, let's right the wrong and get to it.

Nikki Sue & the Bad News are a New Jersey Indie/Alt-Country/Americana band, and man do they bring it.  On their latest release Lower Places, they bring the Twang more-so than on last year's Anchored. Don't get me wrong both sets bring the rock and the twang along with Nikki Sue's unique and wonderful voice.  Anchored is Free from the band's Bandcamp site. Lower Places is available for you to Name your price.  So grab Anchored for free and then drop a fair price for Lower Places - 'kay?


This music to me is like a long, lazy drive down a gravel road on a perfect summer day. Like their fellow, New Jerseyians (ites?)The Amboys Nikki Sue and company are showing us in Nashville what real country is all about. Kudos from Music City to Jersey.

If you are so moved, hit them up on Facebook Twitter and Other Assorted Places
Posted by E2TG - Ear to the Ground at 12:18 PM No comments:

Email ThisBlogThis!Share to TwitterShare to FacebookShare to Pinterest
Labels: Band of the Week, Nikki Sue and the Bad News

Have you downloaded our awesome Compilation yet? Well, why not?

Several bands we've featured on Ear to the Ground have projects worth mentioning:

Those Mockingbirds have a new single that dropped today. Go get it!

The Jinxes have a Kickstarter project to raise funds for a new professionally recorded EP.  Can't wait to hear the awesome Migration in it's fully realized form.

Gabriel (Redding) also has a Kickstarter Project to raise funds for a brand new music video.

Finally (for now), if you are in New York City on Saturday the 28th of April, head down to RIFF NYC to see the Bowery Bangs (featuring tons of great musician including David of The Dead Exs and Gerry of Lost Romance) recreating the Rolling Stone's classic album, Some Girls.

If I missed anything (which I know I did) drop me a line.

First up, we have a cool song from a recent discovery - Tipi Valley - a British singer/songwriter.  It's called Looking forward to the light from The Sweet Life EP.

Next up, is a classic track from alt-country/Paisley Underground band, The Long Ryders, who may reform for some dates this summer???  It's I Want You Bad from the 1987 album, Two Fisted Tales.

Next is a brief bit of sonic loveliness from ELIKA's new album Always The Light. It's called, Never Touch the Sky 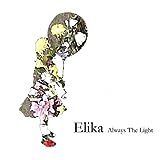 And finally, we have a live version of Doolittle era Pixies' song, Monkey Gone to Heaven.  This version was recorded live at Coachella in 2004. You can get an EP of 4 Coachella 2004 Pixies performances here. 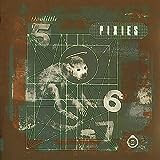 I hope you had a great Record Store Day and got out and supported your local brick and mortar record emporium.  It was a cold, kind of dreary day in Nashville.  Grimey's New and Pre-loved Music had their annual shin-dig.  I provide a full review of my experience, but suffice it to say everyone seemed to be having a great time.

This year, Ear to the Ground had our own unofficial RSD release in the form of a 14 song compilation available as a free download.  I will be adding the download to the sidebar, but until then, here is the link.

2011 Band of the Year, The Mobbs are represented by the stand out track, Better the Devil You Know from It's...the Mobbs.

Angry Bird expert, Adam Bird and company, Those Mockingbirds are up next with Coast to Coast - a hard rocking track from the band's Fa Sol La album. 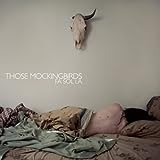 Brooklyn New York duo, The End Men are up next with the title track off their brilliant EP called Build It Up.

And finally, December Band of the Month, In Cages are up with Queen Bee   from their debut The Hillsdale EP. Grab the full album here.

We'll have more on this compilation in the days to come.  Enjoy.

Email ThisBlogThis!Share to TwitterShare to FacebookShare to Pinterest
Labels: Free Download, In Cages, The End Men, The Mobbs, Those Mockingbirds

Ah... Record Store Day is nigh. Get thee to a Record Store near you and show some brick and mortar love.  If you are in or around Nashville, I'll be hanging out around Grimey's most of the day, so come down and join me.

I have tons to do today, so I will jump right into the morning shuffle:


If all I knew about Skeletons in the Piano is that they've been playing some shows with our good friends, The End Men, well, that in and of itself would denote the awesomeness of this band from Upstate New York. Fortunately, I have had that assessment confirmed with the ample evidence which is their music. They have a new video which is a cover of Eleanor Rigby .  Which I know you can find with my help, but oh what the hell...

Today's song is from the Band's Stranger On a Damned Staircase album. The song is The Old Hound Dog. 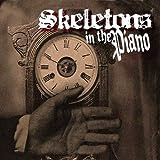 We move on now... to the always Chan Marshall who records as Cat Power.  Today's song is the title track from her 2006 album (a collaboration with several Memphis R&B musicians). The Greatest is a subtle, tender song that showcases Cat Power's unique voice.

Song number three is the hilarious Hurt Feelings by New Zealand Comedy duo Flight of the Conchords. It's off of their 2009 second album, I Told You I Was Freaky. 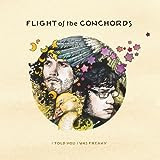 And finally, we close out today's shuffle with Danish punk rockers, Iceage with the title track from their debut album from last year called New Brigade. I love the old school punk rock being infused with fresh, new energy. 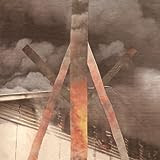