I first met Brett Ryan Stewart through the incomparable Reckless Johnny Wales and Denise Fussell.  I feel like they made a point of making sure I met Brett. It was at Bobby's Idle Hour - maybe a David Olney show, but I don't know. The thing is, if you know Reckless and Denise, you know that if they want you to know someone then it is someone you should know.

The thing is, right from the start, I knew I liked him, and in the back of my mind was the nagging voice (Reckless and Denise wanted you to know him for a reason).

Turns out my confusion was not unfounded. In the years since I met him, Stewart has been through some changes and challenges. For one, he started Wirebird Productions. (You can read all about it below in the press release).

When I finally heard Brett's music, a light bulb went off, and I suddenly understood exactly why I was led to meet him. First of all,he is a great songwriter. More specifically, he manages to deliver heartfelt truths in an original way.  I love this new song, and I hope you will, too.  Read about it below, and then check out the wonderful video (made by the awesome Duende Vision team). 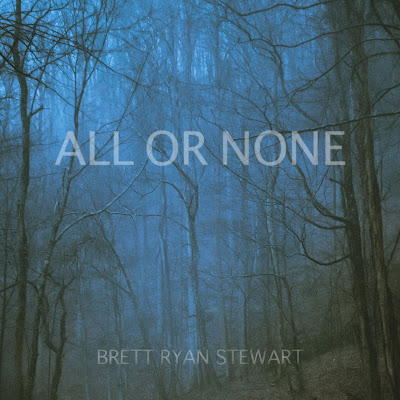 On Friday February 28th, Brett Ryan Stewart will release “All Or None,” grappling with grief and the pervading memories it summons.


With great loss comes tremendous reflection. Brett Ryan Stewart’s latest single, “All Or None,” which premiers on Friday February 28th,  gently suggests we turn and face grief’s primary question: Where does it leave us who remain?
After a hiatus from releasing original music, Brett Ryan Stewart is back in a collaborative effort with Nashville guitarist Chris Tench. Stewart’s hiatus is one from his own music, but not from the craft  all together. He owns WireBird Productions where he works as a producer in Nashville, TN. The last eleven years have brought no shortage of releases for Stewart, including Hege Oversveen’s Goodbye Yellow Roses, which received a nomination for a Spellemann Prisen (Norwegian Grammy equivalent). Brett Ryan Stewart also spent the last year producing David Olney’s final album, Whispers and Sighs, a concept album  he created with Anana Kaye. It is slated for release later this year.  Stewart’s return to releasing original music comes in a time of substantial grief within the Nashville music community.
Accompanying the single release is a cinematic music video by Duende Vision featuring Elvis Duke Adams. It aims to immerse the viewer in the sensation of grief in the everyday.
“All Or None” was written and produced by Brett Ryan Stewart (words and music) and Chris Tench (music). Vocals: Brett Ryan Stewart, Guitars: Chris Tench, Strings: Austin Hoke, Derek Pell, Drums: Kyle Edmonston, production assistance: Patrick Sewalk, Zach Manno.
http://www.brettryanstewart.com/
https://www.instagram.com/brettryanstewart/
https://www.wirebirdprod.com/
https://www.instagram.com/wirebirdproductions/