Man, it is already past the middle of March.  The first quarter of 2019 is almost over. I think this year, I am going to create quarterly playlists of featured music instead of monthly like last year.

I rather spontaneously signed up to read at an all day poetry event on Wednesday.  Details HERE.


Time to get onto our Shuffle!  We have a ton of new music - and some still waiting for me to add to my playlist.  Let's go! 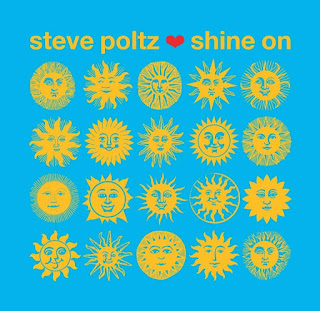 First up, we have another track from Fucked Up Inside. This is a 1993 live album by the British space rock band Spiritualized.  The album was originally only available via mail order, and it recently saw a vinyl reissue.  Great stuff.

"You're a Cult (day three thirteen)" by Reverse Family

Next up, we have the 313th day of The 365 project by the innovative and ambitious UK collective known as Reverse Family.  We got this from a Nub Records Sampler. Really digging this.


"End of an Era" by Christopher Sky

Next up, we have another gorgeous track from Vastness by California composer Christopher Sky.  Lush music like this suits my commute very well.


Next up, we have another track from Modern Cults by the German band Holygram. Combining elements of krautrock, shoegaze, and post-punk, Holygram Channels the music of the 1980s into a modern setting.


"I Used to Love You" by Ruzz Guitar's Blues Revue

Changing directions, we have some powerhouse blues/soul music from this band based in Bristol, UK.  A full-on blues revue - in the classic tradition.


"Vertigo" by I Am A Rocketship

Next, we have our second listen to Mind Graffiti by the Atlanta based rock/pop duo I Am A Rocketship.  I'm really loving this blend of pop tunes and fuzzy darkness.


"Join the Dots" by Dragon Welding


"Come to Me In the Morning" by Steve Poltz

And we close with another track from the critically acclaimed Island by veteran cowpunk singer-songwriter Pete Berwick. Berwick spent some time in Nashville in the 90s (I believe), and he is currently based in his home state of Illinois.  This music comes down on the good side of the American umbrella.