Well, I picked the subtitle for this shuffle from the INXS song in the mix, but it sure is appropriate!

Let's just jump right in! It's Wednesday - time to get WILD. 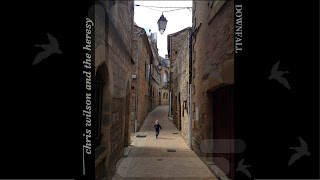 "Hey" by Chris Wilson and the Heresy 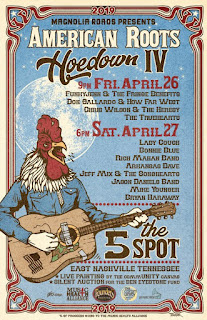 "Blues Too Blue to Mention" by 6 String Drag

Next up, we have the first of two tracks today from Kenny Roby and 6 String Drag. This is from their compilation The Jag Sessions: Rare and Unreleased 1996-1998. The album is being released on Record Store Day as a limited edition red vinyl.  Previously, this album had only been available on CDs being sold at shows. So thrilled to have the chance to preview this wonderful music.


"Leaving the Monsters Behind" by The Jayhawks

Next up, we have a track from The Jayhawks off their 2016 album Paging Mr. Proust. The Jayhawks are pioneers of the alt-country movement which helped give birth to Americana.


"Where I Am" by Jeremiah Tall

Next up, we have a track from Jeremiah Tall - a one-man band based in Bucks County, Pennsylvania.  This is from an older release called Waking - which we featured several years back. I had the opportunity to see Jeremiah at Springwater a couple of years ago. He is a powerful performer.

Next up, we have the second track of the day from the forthcoming RSD '20 release by 6 String Drag. It is also the first of two "murder" songs in a row in the shuffle.

Murder song #2 of the day comes from South Carolina based singer-songwriter Angela Easterling - from her 2015 album Common Law Wife. Hard to believe it has been four years since we featured this album on E2TG. There are many Nashville connections to this record - including Will Kimbrough, Fats Kaplin, Joe and Marc Pisapia, and Stacie Huckeba who did the album photography.

Margo Price covering Brandi Carlile. Do I need to say more? Probably not, but this is from the fantastic tribute album Cover Stories celebrating 10 years of The Story. The album features an incredible collection of talent from many different musical genres.

Next up, we have a track from 2017's 300 Steps.  Siggie the Vintage Man is based in the northwest. He took 44+ years off from the music business before bursting back onto the scene just a few short years ago.


"Not Enough Time" by INXS

Next we have a track taken from the Best of compilation by the Australian rock band INXS - which I found at a Goodwill a couple of years ago. This track was originally on their 1992 album Welcome to Wherever You Are.

We close with a 1958 release by the late great Chuck Berry.  Just a wonderful song to end today's shuffle!