Well, I'm back. I was under the weather yesterday.  Let's get right to the shuffle. I'm once again behind adding new music to the playlist, but we have some great music to feature from what is already there - so let's go! 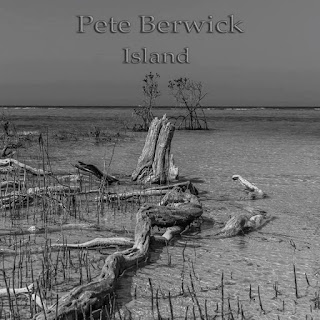 First up, we have a track from Rambler Pacifico - the sixth studio album by California by way of Australia singer-songwriter Matt Ellis. The album is due out this Friday.  The album includes a cover of the Pete Seeger song, "If I Had a Hammer" which re-imagines the song with more of a Laurel Canyon vibe.  Check out the video for that track in the playlist below.


"Little Ones Out of Time Mix" by SPC ECO

Next up, we have another track from Fifteen by London based SPC ECO.  This time we have a lovely 12 1/2 minute track.  I was stuck in major traffic while listening to this, and it helped a lot.

Next, we have Tom Mason and the Blue Buccaneers from their children's album If You Want to Be a Pirate: Songs For Young Buccaneers - with a strong and important environmental message.  Mason and the Buccaneers put on a great St. Patrick's Day show at Dee's a week or so ago.


"Self Love" by Dylan Rodrique

Next up, California singer-songwriter Dylan Rodrique with another track from his Cat's Game album.  Really strong songs and a great sound.

Whispering Sons are a post-punk, shoegaze band from Belgium with a track from their album Image which came out late last year.


"I Am Not Afraid" by Pete Berwick

Cowpunk pioneer Pete Berwick is up next with another track from one of my favorite albums so far this year - Island.


"Truth" by Dean James and the Black Dogs

Next up, we have the title track from the latest album by UK acoustic rock and blues band Dean James and the Black Dogs. This, too, is among my favorites of the year.

Next up, we have a brief track from Tour the Ruins by Michigan band Float Here Forever.

We close out the shuffle with another track from Mainstream Music by the London based electronic/indie pop band Auld. This song starts off sounding like it could be a Tom Mason song.  I am really enjoying this bands unique sound.