ICYMI - E2TG premiered the first song released from Josh Gray's forthcoming Songs of the Highway album - this morning.   HERE is that post. 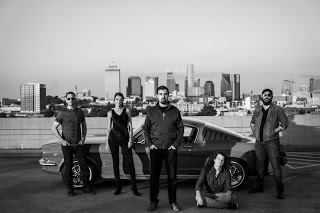 Now it is Friday. Remember I will be off next week - so no regular posts, however, keep your eyes and ears out for a special Video Premiere that I am really excited about.

Let's get right to the shuffle - my time is a little short today. 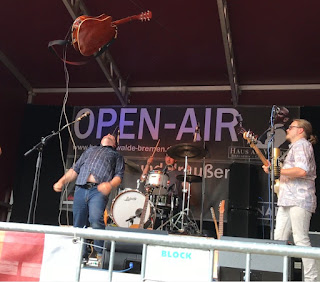 First up, we have the first of two tracks today from The Afterlife by Noctorum. Noctorum - as we have mentioned more than once is a band that features Marty Wilson-Piper - formerly of The Church.

Next up, we have a track from hard rocking Hollywood band SNEW.  from their album You've Got Some Nerve.  I love all kinds of music, and it is refreshing to have some straight up hard rock - with a hint of post-anything or alt-anything.  Digging this band.

Water Conservation may not be a typical topic for blues music, but these are not typical times and Watermelon Slim is no ordinary blues man. This is another fine track from his Church of the Blues album.  Watermelon Slim has a fascinating story - our friend Ted Drozdowski wrote a song about him. I've alluded to parts of his story in this space, but I highly recommend getting familiar with him.

Next up, we have two songs in a row from blues harp player and singer-songwriter Tim Gartland from his forth-coming al bum Satisfied. Drinking for Two reminds me of Double Shot - except that Sue and I would technically be drinking for four. Powerhouse modern blues-based music.

Next up, we have another track from Two Sides of This Town by singer-songwriter Bobbo Byrnes and leader of the band Fallen Stars. A couple of interesting fun facts: On the Facebook Artist page- Bobbo talks about twelve string guitars and name checks Marty Wilson-Piper. I also noticed that Bobbo has a song coming up next with on a bill that include Nasshville band VOLK - who I dig.

Speaking of Wilson-Piper - we have a second track from the new Noctorum album. This track features Olivia Wilson-Piper on background vocals.

"How It Feels" by Amelia White

One of my favorite musical moments in recent months was at the CD Release show for Rhythm of the Rain - when Amelia White sang this track from her new album - joined by the "Anti-Bigotry Choir" and ultimately by the majority of Dee's Country Cocktail Lounge. Growing up in the South and being "different" it felt so empowering to sing out loud to this song surrounded by others who were also singing along.

Next up, we have another track from that forthcoming new Adam Carroll album I Walked in Them Shoes. Truly one of America's best songwriters. This song references Puerto Rico - and other storms.

We close with a track from the self-titled album by Detroit city rockers - Float Here for Ever.