Wild Wednesday Morning Shuffle - It Won't Bend On Its Own Mix


Just a heads up, I will be taking a week off from regular E2TG posting next week. Be sure to follow our Facebook page (link above) as I may be posting some flashback shuffles from prior years, and keep you eyes out at the end of next week for a very special Video premiere.

Meanwhile, this week still has some life in it, and we might just have a song premiere later this week - so don't touch that dial.. or mouse...

It's Wednesday and you know what that means!  Time to get wild!  Let's shuffle! 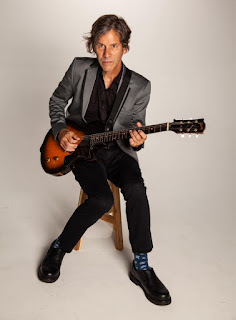 "Love, My Love" by Maynard and the Musties

We start off with a track from the 2013 EP, West by Nashville via New York band Maynard and the Musties.  This EP was recorded in Washington state. I first got to know the music of Maynard and the Musties via Couch by Couchwest (RIP) and then met Joe Maynard (the Maynard of the band) when he relocated to Nashville a couple of years ago.   Check out the video playlist for a cover of "16 Tons" featuring Rebecca Weiner Tompkins on violin.


"Cumberland Gap" by Jason Isbell and the 400 Unit

Next up, we have Jason Isbell and the 400 Unit from their album The Nashville Sound. One of several songs over the years with that title.  The Nashville Sound produced by Dave Cobb and his the first album since Here We Rest in 2011 to give The 400 Unit top billing.  It was nominated for a CMA award and won a Grammy.

Next up, we have the title track to the latest album by East Nashville stalwart Tim Carroll.  As you may recall, I named Tim Carroll the E2TG Artist for Forever. I still stand by that award.  Carroll has been holding down the Friday night early show at The 5 Spot for years and years.  I have been a regular attendee for going on 5 years, and honestly, I can't imagine ever getting tired of it.  Tim Carroll has such a huge back catalog, and more importantly, we continues to write new songs. Of late, his songwriting has been taking on important topics.  I just love this song which paints a vivid picture of the sounds one hears late at night.

From the Live at Hillbilly Haiku album which we featured a couple of years back, we have Georgia singer-songwriter Jefferson Ross - with one of my favorites of his. This song was originally included on his 2013 Isle of Hope album.


"Ash Moon" by Ferentz and the Felons

Next up, we have an epic song chronicling the struggle for freedom around the world and across decades. The song is told from the point of view of a larger than life persona placed at many of the milestones on that journey. "The arc of the moral universe is long, but it bends toward justice" - is the famous quote by  Martin Luther King. The character Johannesburg contends that it won't bend on its own and therefore the struggle for justice is vital. This is from the album Riot on Sunset by California singer-songwriter Mark Bryson.


"Love Me Like a Man" by Bill and Colleen Cade

Next up, we have another track from the self title album by Bill and Colleen Cade - a father and daughter duo from Texas. Sadly, Colleen Cade was killed in a car accident shortly after this album was released.

Next up, we have a song with title that is almost as long as some of the blurbs I write. It is from Teens of Denial - the 10th studio album by Seattle by way of Virginia band Car Seat Headrest.


"Still Haunts Me" by Artie Toba

Next up, we have our first listen to a track from Driven - the fifth full-length album by New York songwriter Artie Tobia. Digging what I'm hearing so far.


We close with another track from the recently remastered and reissued Best of album by blues great Mississippi Fred McDowell.  The album was issued by our UK friends at Nub Records.