Another week!  It's our first Music City Monday in a few weeks.

These are all music made by people with some connection to Nashville (live here now, lived here before) - the music itself may or may not have been made in Nashville.

Let's get right to it. 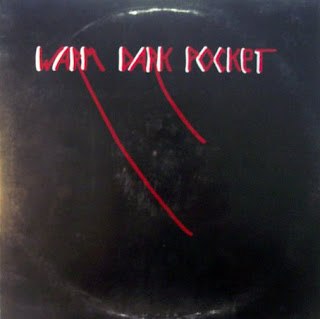 We start things off with a rockin' track from Long Road Now by Nashville singer-songwriter Daryl Dasher. A great high-energy song to start the morning.

If I am trying to accomplish anything with this Music City Monday shuffle and playlist - is to point out that Nashville has a long history of being home to amazing musicians representing just about any genre you can think of - and a few you can't think of.  Representing that spirit in the present day Nashville, is Shane Tutmarc - a Seattle transplant - who most recently has been making incredible music under the Solar Twin moniker. From the Pink Noise release.


"All the Time" by Warm Dark Pocket

Over 30 years before Shane Tutmarc put out Pink Noise as Solar Twin, Warm Dark Pocket - a Nashville duo playing synth wave music was releasing music.  Robb Earls and Marilyn Blair were among the bands pushing the boundaries of  what "Nashville" music sounds like.

A nice brief instrumental reprise of a favorite song from There I Said It.  Me and my daughter danced to "Nice Day" at the wedding of our good friends Bob and Susan.

We have been featuring Riverland - the latest album by the super-trio of Brace, Cooper, and Jutz.  This one goes back a few years to their album Profiles in Courage, Frailty, and Discomfort.


"How You Gonna Make it Love" by Tomi Lunsford

Next up, we have one of my favorite Nashville singer-songwriters from her Come on Blue album.  Tomi Lunsford is a native of North Carolina - she is descended from the greats Bascom Lunsford  and she was a member of the family group The Lunsford led by her late father Jim Lunsford - who played with many of the great country music artists of the 20th Century.


"Stand Together" by Josh Gray

As we await the April release of Songs of the Highway (watch this space for more about that), we have a track from the previous Josh Gray release - his self-titled EP. This is a topical and timely track.

Davis Raines one of Nashville's best songwriters.  If you are unfamiliar with his music - now is the time to rectify that.  He will be performing every Thursday in March at Tennessee Brew Works - with a great band backing him.  This is from his essential Going to Montgomery album.  You may have heard Jon Byrd do a version of this song.

From the Return to Ellison Square, Live album we have one of Nashville premier bands in the latter part of the 1980s.  This song was originally included on Geared and Primed - the band's second full-length album.  Joe Blanton and Chris Mekow recruiting new members following their self-titled debut album - when the other members departed to pursue music as The Shakers. The resulting Geared and Primed was a harder rocking album. I've always dug this song.