Friday!  The gloom and drizzle and rain and gloom have returned. I think my cold seems to be following suit, but I am fighting.

Let's get right to the Featured Friday shuffle! 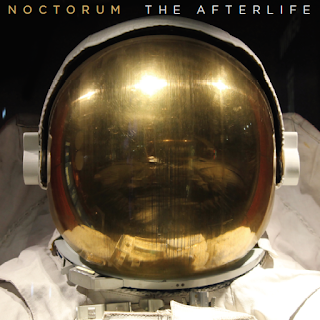 "Change Me" by Dean James and the Black Dogs

We get things underway with another track from the TRUTH album by UK based acoustic blues/rock band Dean James and the Black Dogs. I am really enjoying this album - and this cut was a great start to my morning commute.

Next, we have what I guess is only our second listen to House of Light by New York singer-songwriter Taylor Barton - her 8th album.  The album was produced and features Tony Shanahan (Patti Smith). Also featured is guitarist G.E. Smith (SNL, Bob Dylan) who happens to be Barton's husband. Americana/folk artist Sarah Jarosz (who I once sat beside at The Station Inn during Americana Fest) also appears on the album.

Yep!  We have another track from Chug It Down and Go! One of the funnest songs on the album (and from the live shows I've seen).  This track (and others) features the one and only David Olney on harmonica.

Next up, we have our second listen to Songs from the Fragile Collective - which is due March 15. I really digging this most unique music. Check it out.  Mark Applin is about the same age is me - which gives me hope.

Next up, we have the first of two tracks from the new album The Afterlife by Noctorum which features Marty Wilson-Piper (The Church). The album was released February 15, and it has already made four Billboard charts. I am really digging this music.

The atomic bomb as divine retribution?  We have another incendiary track from the fantastic new album from E2TG favorite Ted Drozdowski.  His album release show was such a blast. Lights, dancers, great music, Luella, good friends... it had everything I need for a great experience.


"Take Your Time" by I Am a Rocketship

Next up, we have our first listen to Mind Graffiti - the second album by Atlanta-based duo I Am a Rocketship.  I Am A Rocketship features Eric Weissinger (who's credits include playing on an Anne Richmond Boston album with Syd Straw, Don Dixon, Marti Jones, and Terry Adams)  and singer-keyboardist-cellist L E Kippner who was part of the Swedish duo Neobox.  This was truly my first listen, but I am really into this album.

Next up, we have another track from Nub Sampler 11 - which features tracks from that epic project by the UK collective - ultimately recording and releasing 365 songs.  Awesome stuff - so happy to have some of this music to feature.


"A Girl With No Love" by Noctorum

We close with our second track from The Afterlife. Hearing this album has been a reminder about how much of a role Marty Wilson-Piper played in some of the classic The Church music that I loved.