Tomorrow is Independence Day - the 4th of July. COVID-19 means that celebrations will be muted compared to most years, but maybe that is a good thing. Long before, the current President, I have felt, that this nation has needed to do some self-reflection. It seems like the recent protests and upheavals have been part of that process, and yes, it has been ugly and messy, but self-reflection often is...

Anyway, those are my thoughts on this 3rd of July.

Today, I am pleased to help premiere a new video for an older song from an E2TG favorite - Andrew Adkins.  "Throw Down Your Guns" was on Adkins' 2018 album To Become Immortal and Then Die. 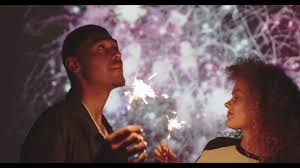 Also today, Andrew Adkins is releasing releasing a new 5 song EP called One Evening In Brooklyn: Live!.  It is available on all the usual streaming platforms.

Adkins also let me know that his long anticipated new album The Echoist is due out in November, and that he will be releasing some singles/videos in the coming months leading up to the album release.

Now to the Video Premiere which is perfectly timed for release heading into this weekend.

Andrew sent me this brand new video, which was made by a film company from Russia called Cotton.  They contacted Adkins about reinterpreting the song for the current state of the world. I was blown away by this video and how it managed to reshape the song (a song with which I was already familiar) to reflect the Black Lives Matter movement and the fight for equality and human rights, and as a call to the action of voting in November.

I am going to let the video and song speak for themselves: