Time is short, so I am going to get right to it.  It is Tuesday - let's check out our Trending Tuesday shuffle!  Sorry to have to be so short-winded today. 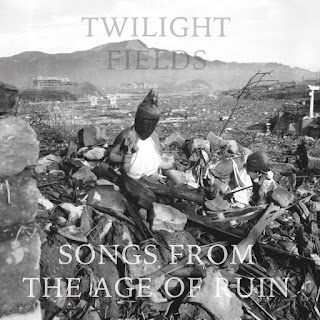 We start things off with our first listen to Songbird, the debut album by Lions'Den  the project of guitarist Rhy Dongju of the Republic of Korea.  The music is instrumental progressive and electronic metal.  A cool intro to today's shuffle.

Next up, we have a song we previously featured in video form.  Demagogue is a timely song taken from the Canadian band Twilight Fields album Songs from the Age of Ruin. You might recognize the subject of the song.

As we prepare for Saturday night's Release Show at The 5 Spot, we have another track to feature from the groundbreaking Coyote Motel album by Ted Drozdowski. I am really looking forward to that show on Saturday.

"Back Home to Stay" by Ruzz Guitar's Blues Revue

Next up, we have another track from The Heist by the UK based band led by Ruzz Guitar. The music is soulful, blues/rock/RnB.


"From Here to There" by Renee Wahl and the Sworn Secrets

Next up, we have another track from Cut to the Bone - the forthcoming new album by Renee Wahl. One of my favorite Nashville artists.

I have really become a fan of this country group (with soul) based in Seattle, Washington. Great songs and a great sound. The current release is Songs from the Deluge - which is all to appropriate for Nashville - today.


"Get Off The Grid" by Ted Russell Kamp

One of my favorite releases of 2019 so far is Walkin' Shoes by Ted Russell Kamp. This is a song about unplugging from everything from that album.

We close out this quick shuffle with the title track from the new album by veteran roots artist Pete Berwick.   Coincidentally, both this album and the Coyote Motel album were recently given favorable reviews by Reverent Keith A. Gordon on his That Devil Music site.  I have been reading Gordon's music writing for over 30 years - when he wrote for a Nashville music publication called The Metro.  This Pete Berwick album is high on my list of favorites from 2019.