On a warm, overcast  Wednesday morning - fresh off another night out that reminded me again of the amazing live music scene in Nashville (amazing in the sense of the amount of talent and the number of options any given night).  We take a break from our focus on "new music" for a always fun - Wild Wednesday shuffle that includes an eclectic mix of new and not-so-new music from a variety of sources. 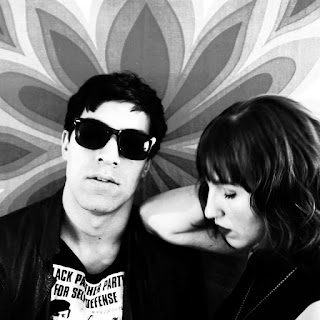 First up, a kind of random song originally from U2's 3rd album, War. "Refugee" or "The Refugee" was the opening track of side two of the album. Something I didn't know: this was the only track on the album not produced by Steve Lillywhite.  It was produced by Bill Whelan - who is best known for composing the score to Riverdance.

Next up, we have a cover song by singer-songwriter Sharon Van Etten. Before you ask, this is not a cover of the teen tragedy anthem by Mark Dinning, nor is it a cover of the Dion and the Belmonts song.  Rather, it is a cover of the Donovan song included on the reissue of Hurdy Gurdy Man.  This cover comes from the 2015 tribute to Donovan called Gazing with Tranquility.

Next up, we have the title track to the 2018 EP by Fred Abong - which we featured last year. Abong is a former member of Belly and Throwing Muses.  In addition to this EP, we also featured music from another release featuring Abong - the band The Pull of Autumn whose self-titled debut album was also released in 2018.

Next up, we have another title track - this from an EP released last month by post-punk duo BYSTS (Beasts) who are from Salt Lake City. A cool heavy track perfect for the gloomy morning ride to work.

Next up, we have a track from UniversalDice - the band led by Gerry Dantone and their album Birth, Love, Hate, Death - a rock opera. The band labels their sound as "classic rock", but as I pointed out in my earlier posts - do not take that to mean that the music is not original - it is.  This was the song playing as I commenced walking from the parking garage to my office. A nice soundtrack.

Next, we have Texas (by way of Canada) singer-songwriter Chris Carroll with a track from her 2014 album Trouble & Time.  We are expecting a new album with her husband Adam Carroll upcoming. They recently ran a successful crowdfunding campaign to record two new albums - one a solo effort by Adam and the second will be the first recorded collaboration between the couple.


My shuffles really are random - so it was not by design that an Adam Carroll song follows the Chris Carroll song in the shuffle.  This live recording of the appropriate for today song, "Rain" is from the 2009 Live at Flipnotics album. The song, which was co-written by Gordy Quist of Band of Heathens was originally from the Old Town Rock n Roll album which came out in 2008.


Next up, we have a track from the 2015 album Dream All Over by Los Angeles (way of the Pacific Northwest) band Gun Outfit.  I honestly cannot remember how this song got in my phone memory, but I like it quite a bit.