I'm back.  I took an unexpected sick day off work yesterday.  This extreme weather is getting the best of me, but we are in the midst of a couple of days of sunshine, and I feel much better. So onward. 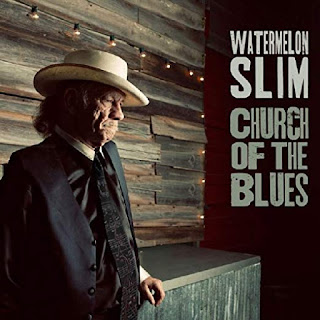 "From a Days Inn, Virginia" by Pilotcan

First up, we have another track from the outstanding Bats Fly Out From Under the Bridge by Scottish band Pilotcan. This is the fourth album by the band, but they are new to me, and I am digging it.


"I'm Your Man" by Spiritualized

Next up, we have a track from Spiriualized from their 8th and most recent album, And Nothing Hurts. We have been featuring songs from the reissue of the live Fucked Up Inside recently.  When I was recreating my Trending playlist on my new phone - this track got added by accident, but I don't mind. More Spiritualized coming up.

Next up, we have a first listen to Songs For the Fragile Collective - the debut album by Skylephant.  The album is a project of Mark Applin - a fifty something songwriter who locked himself a tiny home studio for three and a half years to write and record this stunning album that takes on timely and difficult themes like mental health, isolation, anxiety, and depression.  The album is due March 15 - more to come on this one.

Next up, a fourteen plus minute live version of a song originally included on the band's debut album.  This is from that aforementioned 1993 live album Fucked Up Inside - which was originally only available by mail order.  It was released on black vinyl back in November.

Next up, we have a blues classic from Church of the Blues by Watermelon Slim - a blues great with a storied history.  The song was written by Howlin' Wolf and first recorded in 1956. Watermelon Slim is originally from Boston, but he has deep ties to the Mississippi Delta where the blues were born.

We close things out today with another track from Til the Wheels Fall Off by Austin based singer-songwriter Bruce Smith.  Just digging into this album, and I am enjoying what I've heard so far.