Last night, I hung out at Dee's in Madison. Saw Chuck Mead - as part of his Honky Tonk tour of Nashville in support of his new album.  His special guest was Carlene Carter.  Interesting to me, Chuck did a version of "Houston" - as song written by Lee Hazelwood and popularized by Dean Martin.  Wednesday night, I saw Rickie Lee Jones do the same song (it is on her latest album).  Interesting because one might not expect crossover between a Rickie Lee Jones show and a Chuck Mead show.  After that, I hung around for Lady Couch - who were fantastic as always.  Saw lots of friends and had a good quality hang with Ryan Sobb - all in all not a bad night.

Now, we have one last shuffle for the week!  Let's get to it! 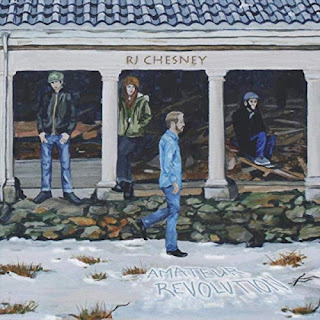 "I Only Need Myself" by Tommy Jones and the Troubadours

We start off with our second listen to Truth Will Out by UK band Tommy Jones and the Troubadours.  Where as our first listen was a ballad, this second song (for us) is rocks. Digging this a lot.

Back in March, we premiered this song from Songs of the Highway by Nashville singer-songwriter Josh Gray and we interviewed Josh.  Since then, the album came out, and it garnering some great positive attention. The song has popped back up into our shuffle, and it is a good reminder of how much I love this song and this album.

Next up, we have some cool noise pop from NYC - via the Eternities I album by Your 33 Black Angels.  Cool stuff.


"Oh. Well." by Creature and the Woods

Next up, we have a track from  the Joshua Tree EP by San Diego based Psyche Folk Rock band Creature and the Woods.  They are working on a full-album release and they just released a new single and video today.

Our old friend Pat Power is back in the shuffle with another piece from his Classical Vol. 1 album.  We met Pat Power as part of the E2TG Band of the Year Valued Customer. He is (as this release indicates) a classically trained musician - with diverse interests and influences.  This is a composition by French classical guitarist and composer Napoléon Coste.   The video playlist features some vintage footage of a young Pat Power playing another piece on guitar.  Check out "Scherzo" below.


"Proud of You Child" by RJ Chesney

Next up, we have another track from Amateur Revolution by California based singer-songwriter RJ Chesney - Chesney has roots in the American South and there is a Norwegian connection to his latest release. All of which bodes well for authentic roots music (the Norwegians are in the know when it comes to American roots music).  This album is rapidly becoming a favorite of mine.

Next up, we have our second listen to the new three disc vinyl Live version of The Last Waltz by L.A. band Mrs. Henry.  This the Dr. John song performed by Dr. John with The Band in The Last Waltz.   In the video playlist - we have another song by Mrs. Henry and we have the song from The Last Waltz.


We end the shuffle and the week with a twelve minute song from the mysterious New Haven, Connecticut band Maternity Leave. While the band members' identities are literally shrouded in mystery, we can deduce that they have some connection to our friends Discount Ravioli.  This is the third and final track from the EP Thanksgiving which was released on New Years Day 2019.  For some reason,I choose to represent this track with a video from Batkhi Dahn which seemed to fit the aesthetic.