Added a bunch of new music to the playlist last night.  Look for some of those to pop up soon. I try to get through as many e-mails as I can, but I get a lot. Patience and perseverance are always helpful. I know that a bunch of really cool stuff is passing me by, but sometimes, I just have to let it go. It is (I am aware) an amazing problem to have.  When I started E2TG eight years ago, I had to go out searching for music to feature.

Anyway, today is Wednesday and it is time for another of what we call "Wild Wednesday" on E2TG.  New stuff, old stuff, all-time favorites, hidden gems from the depths of memory card, previous featured artists, missed/late postings, you name it.. let's go! 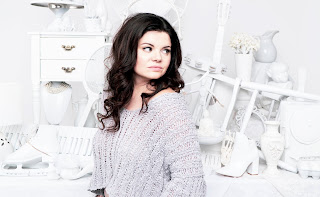 We start things off with a single from Austin singer-songwriter Rebecca Loebe - that we got earlier this year.  Sorry, it's just coming up now, but I am glad it came up now. A lovely song, and a great way to start the morning.

Next up, we have our old friend Danny Sandock with a track from his 2011 album One for All Seasons.  All about those stinkin' feet.


"Out of Left Field" by The Bramblemen (Feat. Bill Cunningham)

Next up, we have a track from Do Right Me: A Tribute to Dan Penn and Spooner Oldham.  It is a song originally recorded by Percy Sledge and covered by several. This cover is by the New York band The Bramblemen and features Bill Cunningham (who I take to be the original bassist/keyboard player from The Box Tops (which makes sense).  I was just talking about Dan Penn earlier this week.


"This Road" by Minutemen

Apropos of nothing except great music, we have Mike Watt, D. Boon, and George Hurley with a track from What Makes a Man Start Fires? The second album and fifth overall release from Minutemen.  Song was written by Watt.

We have been featuring Adam Carroll's latest album. Carroll is so consistently good, that if you are late to the party, there is no bad place to start.  This is from his 2008 album Old Town Rock N Roll. Truly one of our best living songwriters.

We just recently got a new single from Leeds post-punk band Klammer - look for that soon. This goes back to their You Have Been Processed Album - which we have featured quite a lit.

Next up, we have the late Texas songwriter Tim Henderson. This is a live version of his song - from Disc 2 of his Legacy Collection (Live in Texas) box set which we featured heavily last year.  It is the first of two tracks in the shuffle today from that set.

Our globe-trotting friends SuperCrashingStar return to the shuffle with a track from their Digital Lo-Fi album. I have always had a hard time defining this band, but I have always loved what they do.

One of my all-time favorite David Olney songs - which is really saying something.  A song about a charlatan  and con-man who has the misfortune/good fortune to follow Jesus into town and ends up following the Son of Man on his fateful trip into Jerusalem.  It comes from 2012 release called The Stone.


"Austin in the Summer" by Allen Damron

This from Volume 3 of the Tim Henderson Legacy Collection. This volume features fellow Texas songwriter Allen Damron covering Henderson's songs - including this one. Tim Henderson's version is on Volume 1 of the CD - Gone to Texas.  Volume 3 is called Damon does Henderson.

We close things out with a 2017 single from UK singer-songwriter Declan McKenna. He came into prominence by winning the 2015 Emerging Artist competition by the Glastonbury Festival.