A good weekend hanging with friends, listening to friends make music, celebrating the music of my friends, and then having a day to get things done and be creative.

Now, let's dive into the last week of June.  The year is almost half over!

It is time for another Music City Monday.  Let's shuffle! 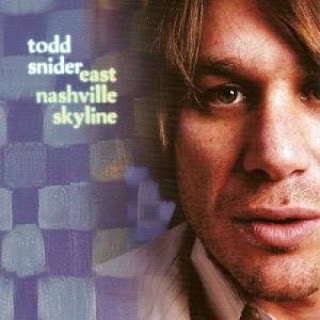 "Enjoy Yourself" by Todd Snider

We start things off with the song that has served as the outro music from Double Shot for the last three years.  Todd Snider off of East Nashville Skyline.  The lyrics sound so much like something Snider might right that some folks are surprised when they find out it is not only a cover, but a cover of a song first published in 1949.  Written by Carl Sigman and Herb Magidson and released that year by Guy Lombardo.


"Lovers Will" by John Hiatt

Next up, we have a track from John Hiatt's 1983 sixth studio album Riding With the King.  This album was my first introduction to Hiatt's music.

Next up, we have Rodney Crowell with the title track from his 2003 album Fate's Right Hand. A lot of talented folks play on this album.

Next up, we have the "Last of the Full-Grown Men" Webb Wilder with a track from his 2015 album Mississippi Moderne - his most recent studio album.

Next up, we have a track from The River and The Thread (2014) which was Rosanne Cash's 14th studio album.

Next up, we have Tomi Lunsford with a track from her 2016 album Come on Blue.

After seeing Chuck Mead last week as he celebrating the release of his new albu, we have his old band BR549 with a live version of a song the band recorded for their debut album.  It is a cover of a song written by Webb Pierce and Mel Tillis.  Both Pierce and Tillis had hits with the song (Pierce in 1959 and Tillis in 1972).


"To Be Will Be" by Andrew Adkins

The Music City Monday shuffle has been really digging Andrew Adkins (which is good because he is an E2TG favorite).  Adkins has had much success with song placements, and he is consistently one of my favorite songwriters and performers.


"The Purple Rose and the Black Balloon" by Allen Thompson

I have been really digging on Allen Thompson's latest band Lady Couch - an amazing fusion of soul, rock, folk, jam band, and more. Lady Couch often has a stage full of talented musicians and they make a very big sound. Of course, I have been a fan of Thompson's songwriting for years. This goes back to his 2012 album Salvation in the Ground with his previous band - the Allen Thompson Band.


"Thru the Night (Bootleg Version)" by Greyson Anderson

We close things out with Nashville singer-songwriter Greyson Anderson with the b-side of a single he released in 2018 called "A Cat Named No No".  Long-time E2TG readers, may recognize Anderson from his band Dogs of Oz - a punk band we featured many years ago when Anderson was much younger.  As I mentioned then, I first met Greyson Anderson when he was three years old and in pre-school with my daughter.  This song is wonderful!