No philosophical rant today  - the shuffle is just to good, and I want to get right to it.  I added a bunch of new music to my playlist last night. I think only one of those new songs came up today, but expect much more in the days and weeks to come. 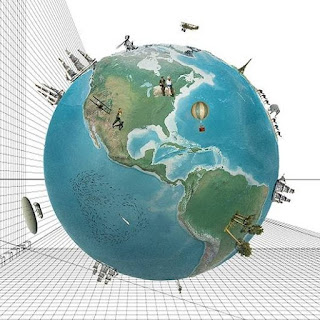 "End of the Summer" by Paul Den Heyer

We start right off with a first listen, and that one song in the shuffle of the batch of new music added last night.  "End of the Summer" is a lovely song from Liverpool based Indie pop artist Paul Den Heyer from his recently released Everything So Far album. Paul Den Heyer was previously the frontman of the 90s - Liverpool band Fishmonkeyman.  A great start to the shuffle.


"All Things Shine" by Steve Poltz

Next up, we have another great song from Shine On - the latest album by the inimitable Steve Poltz. This is the album that was produced by Will Kimbrough.


"A Birthday in The Pawnshop (Morristown)" by Meghan Hayes

Next up, we have another track from Seen Enough Leavers - one of my favorite albums of the year. Tennessee residents should not that this song references Morristown, New Jersey not Morristown, Tennessee.  As I may have shared, I met Meghan Hayes last year - first on-line and then I began seeing her around at shows. It was some time before I even knew she was a songwriter/musician (although honestly when you meet someone in Nashville - you generally can assume that they are a songwriter and/or a musician - present company excepted).  When I found out and then got the album - ahead of its release, I was definitely interested, and them when I listened - I was blown away and wondered how I didn't know about her sooner. It has been heartening to see the attention she has been receiving with this release, and I urge you to check it out.


"Daddy Issues" by The Big Dumb

Last December, I named The Big Dumb as my E2TG Band of the Year. I had all but decided the award would go to them before I heard We Get Along Too Well, and then once I heard the EP - it was locked in. I know they have been working on a full-length debut, and I cannot wait to hear that. In the meantime, the band who are made up of individually talented musicians and songwriters have all been busy on other projects. It is rare to see them play as a band, but I strongly recommend that if you get the chance that you go.  The multi-talented Anna Joy Harris - takes lead vocals here.

Next up, we have another track from Murfreesboro based garage/psyche/punk band Mouth Reader from their album Holographic Phase. Great high energy rock . Call it garage rock, punk rock, or whatever - it is the music on the most direct line to the spirit of true rock and roll.

Transfigurations is the latest album by the California based experimental cellist and multi-media artist. This is the second of five "Ruptures" that are relatively brief tracks with various voices and sounds combined and manipulated. I do have to warn you - that this track could incite feelings of disgust and revulsion.


"Zachary" by Them Airs

Next up, we have another track from Echo Park Bomb City - by the Connecticut band Them Airs. Check out the lyric video in the playlist.

Next up, we have another track from Two Sides of This Town by Massachusetts based singer-songwriter Bobbo Byrnes - who was previously a member of the band The Fallen Stars.

Next up, we have our first listen to Compass (Due out July 26) from Ontario based indie-pop duo Ummagma.  The duo formed in 2003 in Moscow - and consists of Canadian Shauna McLarnon and Alexander Kretov - originally from the Ukraine. This is their first release in several years. McLarnon is also a promoter/publicist who has sent me a ton of great music over the last few years through Shameless Promotion PR.


"Tick on My Taint" by Rich Mahan

Next up, we have another track from Hot Chicken Wisdom - by Nashville's own Rich Mahan. It also serves as exhibit A - as to why I don't go hiking.

We close strong with another great track from Tell the Truth, Shame the Devil by Rod Picott. The album is due out July 19.  It is top tier among my favorites from 2019.  Great song and a great way to close out the shuffle!