It is Friday!  It is also the final Shuffle of June - thus the end of the first half of 2019. In my opinion, it was been a great year for music. I am sad for people (often people my age or so) who say there isn't any good music these days - especially when they are friends of mine on Facebook, and I literally post playlists of great music every single day.  Makes me feel like Don Quixote sometimes - but I can't seem to stop tilting at windmills.

Anyway, I have another great list to counter the "no good new music" crowd!  Enjoy! 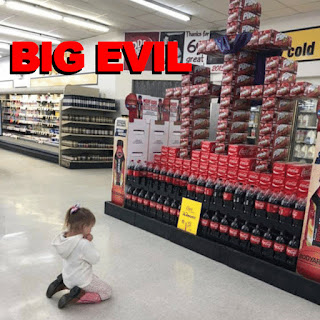 "Darkest Before the Dawn" by Josh Gray

As I shared the other day, I have been feeling down about the current state of the world. So, I really needed this song today.... "This ain't a sad song"  - the song is a song for our time. It is strong and specific and I consider it marching orders and a source for hope.

Though the road is long

For love is strong

It's always Darkest Before the Dawn"  - the song is over seven minutes long and every minute is necessary, and I needed to hear everyone this morning.  As I have said, Songs of the Highway is one of the best albums of the year.  Listen and buy.

Next up, we have our first listen to I'm the Smile by Minnesota based singer-songwriter Charlie Roth.  The album was mostly recorded in Texas and features some incredible guests like Ray Bonneville, Lloyd Maines, Bill Kirchen, and John Inmon - who co-produced the album. This is a song that was written by Chuck Hawthorne and George Ensle. It is a wonderful song, and it sound great. This was truly my first listen, and I am excited to hear more. By the way, Chuck Hawthorne has a new album coming very soon, and we have it cued up to feature too. Stay tuned.

Next up, we have some hot fun in the summertime by LA synthwave duo LuckyAndLove from their new album transitions.


"I Want You to Know" by Will Payne Harrison

Will Payne Harrison - a Nashville-based singer-songwriter originally from Louisiana - will be releasing his next album on September 6.  The first single will drop July 12.  This my first listen, and I am loving what I am hearing.  Harrison is a favorite local songwriter, and I have been looking forward to this new album for some time.


"What I Deserve" by Where We Sleep

Next up, we have what I believe is our first listen to Experiments in the Dark by London based Where We Sleep.  This project features members The Fall, Curve, Echobelly and more. The band is led by Beth Rettig (Blindness).  I'm digging this music.


"The Day David Duke Came to Destrehan" by Big Evil

One of the newest rock bands in Nashville is Big Evil, but the members of the band are not new to me and likely not new to you if you routinely read E2TG.  The band features E2TG Artist of the Year Ben de la Cour and Chris Watts (both on vocals and guitar), Joseph Lekkas (Palm Ghosts) (bass), and Pete Pulkrabek (who plays with just about everyone I know in Nashville but who I think I first saw with Tom Mason) (drums). Big Evil is a high energy punk-influenced rock and roll band - featuring great songwriters and players.  I couldn't find any videos for Big Evil, so I found a video of Ben de la Cour doing the Roky Erickson song "Two-headed Dog" which Big Evil also do on this album.

Next up, we have another track from Made of Strings - the debut album by LA singer-songwriter Greg Felden.  This is the album that features Nashville's own (and past E2TG Artist of the Year) Brian Wright.


"Johnnny and Jerry" by Big Evil