I'm back. I was a little under the weather Friday - so no shuffle.

Now it is Monday and time for another Music City Monday - highlighting the best Nashville has to offer musically speaking from then to now. 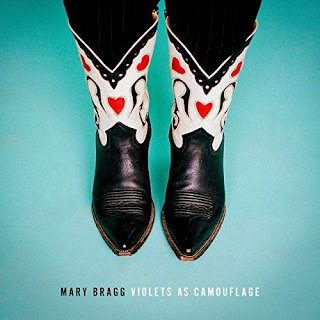 We start things off with the unofficial poet laureate of East Nashville - Kevin Gordon with a track from his classic Gloryland album.  Gordon continues to make great albums, and he is awesome live - if you get a chance to see him - go. Gloryland was released in 2012.  It was produced by Joe Mcmahan (who continues to back Gordon on guitar) and features Scott Martin and Ryan Norris of Lambchop.  This track is a duet with folksinger Sarah Siskind and was written about American folk artist Pecolia Warner (a quiltmaker).


Next up, we have one of my favorites among the "new" batch of songwriters making waves in East Nashville. Maxwell Putnam's album Ode to a Tinhorn is a wonder and is filled with incredibly rich and poetic songs.

We have been featuring Jason Ringenberg's new album Stand Tall - and it is a wonderful album. Today, we have a reminder that Jason has been making great and important solo albums for years now. This is a track originally released on his 2004 album Empire Builders. It is about the Tuskegee Airmen who fought the Nazis in World War II - while their wives and families were still facing racism and discrimination at home.


"Matter and Time" by Bill Eberle

Next up, we have the title track from Bill Eberle's  2016 album.  Eberle is another of my favorite writers in town.  I dig this song quite a bit.


"Trivial As The Truth" by Dan Baird

Although, many people still associate Dan Baird with his old band The Georgia Satellites, in the nearly 30 years since he left that band, he has never stopped rocking and never stopped making great records.  Currently recording and touring with his new band Homemade Sin and as a member of The Yayhoos - he recorded and released a number of classic solo albums as well.  This is from his 1996 second solo album - Buffalo Nickel.

Next up, we have a track from singer-songwriter Mary Bragg from her latest album Violets as Camouflage. This track is a duet with another fine Nashville singer-songwriter Robby Hecht (who also has new music coming out). This is a fine example of the amazing music still coming out of Music City (if you know where to look and listen).


"Ain't That A Lot of Love" by Webb Wilder

Consider this shuffle a trifecta of some of my favorite artists that "discovered" in the 1980s listening to and hanging around Nashville's music scene. Webb Wilder is an electrifying artist and he has been playing and recording virtually non-stop since before I first heard his debut album It Came From Nashville. This is from his fairly recently released rarities compilation Powerful Stuff - and it is an alternate take on a song he released on his Hybrid Vigor album.  The song is a cover of a song first recorded by Homer Banks of Stax Records - which has been covered by many people. Webb makes the song his own - as he tends to do.

We close with a track from the Live at RCA Studios 1972 album - which was released in 2016.  This track consists of Kristofferson's introduction of his band - which consisted of Terry Paul, Donnie Fritts, and Stephen Bruton.