AMA Day 3 is in the books.  After working all day, I had some evening shows I really wanted to catch, but I was really tired so I headed home for dinner and a change of close before heading to Mercy Lounge to catch Jeremy Ivey, Christopher Paul Stelling, and Darrin Bradbury at the ANTI- Records showcase. I caught parts of other sets and then made it close to see Aaron Lee Tasjan close out the evening at the Cannery Ballroom. Great sets all around.

Fun Fact: Christopher Paul Stelling was a Featured Artist on E2TG back in November of 2012!

You all know the long connection we have to Darrin Bradbury.

I have become a huge Jeremy Ivey fan Darrin first introduced me to his songs. His debut album on ANTI- came out today.  Darrin's album will be out next Friday. Stelling has an album coming out produced by Ben Harper - with some singles already released.

As for ALT, he gave me a much needed shot of positive energy.

Tonight, I will be representing WXNA and emceeing at the Mercy Lounge all night. A great line-up that includes three towering figures from my formative musical years: Mitch Easter, Don Dixon, and Chris Stamey.

On with the shuffle now! 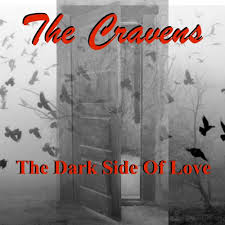 "Fast Friends" by Leroy From the North

We start things off with California indie band Leroy From the North from their album Health and Fitness.  They are playing this afternoon at ACME Feed and Seed in downtown Nashville as part of California Country showcase. I am stuck at work, but if you are out and about - check it out. It's a great line-up.

A two-fer from Florida based The Cravens - including the title track from their new album  "The Dark Side of Love" - some great Southern rock and roll.

Next up, we have the first listen to Old Ghosts and Lost Causes by singer-songwriter Helene Cronin.  The album is officially released October 11.  I met Helene Wednesday night at the Broken Jukebox Media showcase.  Cronin is a Kerrville New Folk Award winner from 2018, regularly hosts a round at the venerable Bluebird cafe, and also writes on Music Row. A wonderful song to introduce me to her music.

The Big Evil features another Kerrville winner (who I also saw on Wednesday - Ben de la Cour). This is a cover of a Roky Erickson song.


"Held My Own" by Justin Peter Kinkel-Schuster

Next, we have another track from Take Heart Take Care by Arkansas singer-songwriter Justin Peter Kinkel-Schuster. Beautiful music.

Next up, we have a lovely song from What if This is All There is.  The album was produced by Amy Speace.

We close the shuffle with two tracks from artist with deep ties to the Bayou . First - we have Steve Conn playing with his long-time collaborator Sonny Landreth


"For You I Ache" by Josh Hyde

Next up, we  another track from Into the Soul by Nashville-based musician Josh Hyde.  The album was produced by Joe V. McMahan.