People often ask me (not really) why I do random shuffles for E2TG. I mean, it is my blog, I could painstakingly "curate" a list of 8-10 songs and then post them every day. Why leave it up to the shuffle function to pick which songs pop up?

Never mind that if I picked the list every day, I would spend hours second guessing and obsessing over which new album I was neglecting etc. The main reason for my using the random shuffle is that I believe in the "magic" of randomness.  Over the last eight years, I have seen so many weird coincidences and cool connections pop up in a shuffle.  There's even one today - watch for it.

It has been a busy week, and it's not over. Last night, I stopped off on the way home to catch Nick Loss-Eaton of Leland Sundries doing a solo set at Tennessee Brew Works. You may recall, I had a Leland Sundries song in the shuffle yesterday (I had completely forgotten about Nick playing - until the event popped up on my phone) - see what I mean about randomness?  Anyway, it was a good time. Hung out with Collins de la Cour (who does the music booking there) and Ted Drozdowski (who sat in on a song with Nick).

A quick trip home and then it was off to City Winery to catch a show for a review I am writing.  Look for that review very soon.

Now, let's get to the shuffle. 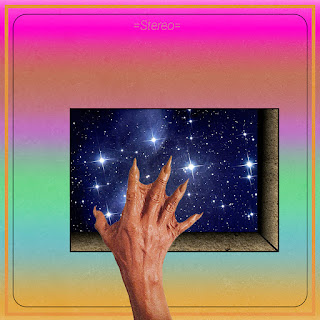 "Kick" by I am a Rocketship

First off, we have a track from Mind Graffiti  by Atlanta based - I Am a Rocketship.  I have been digging this album, and this track is fantastic and a great way to start my morning.

With Stand Tall - Jason Ringenberg has done some of his best work - which is a bold statement considering his impressive career. Inspired directly by his time spent as an artist in residence at Sequoia National Park - this song a rocking history lesson - this song tells about John Muir and his efforts to preserve America's greatest natural resources. That battle is still raging (unfortunately), and we can only hope there are more men like John Muir who will "speak for the trees".


"I Woke Up" by Mouth Reader

Near as I can tell, we first wrote about Mouth Reader in 2015. They are a garage rock band based in Murfreesboro. I had received an e-mail from bandcamp that they had a new release so I headed over and downloaded this... I think the new release the vinyl release of this 2018 album, but I missed this the first time -so it is a great excuse to get this into the shuffle. The first of two tracks from Holographic Phase.

Next, we head out the west coast for the title track from the debut album by Rat Fancy. I love their poppy/punky sound.

Next up, we have a track from Finding Beauty in Chaos - such an interesting and awesome project. Guests abound on this project - on this track with Betsy Martin (of Purr Machine and formerly of Caterwaul).


"The Crash" by Big Tide

Continue to dig on Sync or Swim by Big Tide. This UK band which captures the California power pop sound and does their own thing with it.

Another album I am loving right now, is Ragged Heart by Portland, OR based husband and wife duo - Silver Lake 66.  The music sounds like a long-lost track from another era, and it also sounds very fresh and very wonderful.

Another track from Holographic Phase - great to have Mouth Reader back in our shuffle.

Next, a mostly spoken word track from Cellist Cellista with vocals by Rykarda Parasol. Who is from San Francisco and now living part time in Paris. Really wonderful stuff.

Coincidentally, we follow the mostly spoken word of "Confessions" with an entirely spoken word track from Josh Gray's Songs of the Highway album. A cool short bit of verse that tells a story.


We close things out with one of the more interesting recent additions to E2TG.  Eternities I is the seventh overall released from this band/collective from New York. A wonderful way to close out this very cool shuffle.