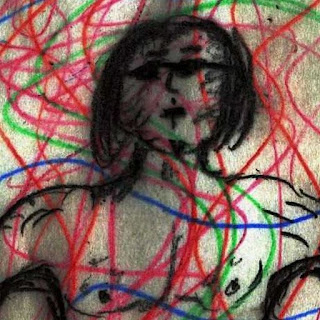 Okay - expect two posts over the weekend to wrap-up 2018.  I have one final Earie Award post - for all the ones that didn't come through during the eleven Earie posts I made in December.  Then, we have the highly anticipated 2018 "Golden Earie" Awards for Bands and Artists of the Year.  Who will it be?  Check back with us later this weekend.

Now, we wrap-up our first week of shuffles for 2019.  This is Featured Friday.  From today until further notice, Friday will be only day in which our shuffle comes from the large "Featured Music" playlist.  Essentially, this list will be all the music from the New Music playlist used last year, plus any new music submitted to E2TG, plus any other music acquired.


"data merge" by We Are Parasols

We start this off with a track from Inertia by industrialgaze band We Are Parasols - who are from Portland, Oregon/Atlanta, Georgia.  We featured this album and band pretty heavily in 2018.

Next up, we have another fantastic song from the forthcoming American release of Amelia White's Rhythm of the Rain.  There is quite a bit of weather-related imagery on this album, which corresponds to the songs which address personal and political storms. This is a new version of a song included on White's 2009 album Motocycle Dream. In 2019 the song seems like it could be about "he who shall not be named". Be sure to check out Amelia White at The 5 Spot this Saturday.  Mercy Bell opens the show, and the line-up also includes another E2TG favorite - Julie Christensen.


"Liquid Gold" by The Blam Blams

Next up, we have our first listen to a relatively new Nashville band, The Blam Blams who released their Roll On EP on Christmas Eve.  Even though, I have failed to make it to one of their live shows (something I hope to rectify in 2019), I have been following this band and I'm excited to have some music to share. The Blam Blams are helping to bring glam rock back to Nashville and the world. The band includes Rob Stewart who we previously featured with his Teal Audio Labs project.

Next up, we have a song that actually came to us a little over a year ago. It is a single by North Carolina based Jon Lindsay. The track features members of The Mountain Goats and Disarmers. It is a wonderful song that tackles issues of racism and homophobia.  Check it out!


"Sleepwalker" by The Search

Next up, we have another carryover from 2018.  Swedish rock band, The Search from their album A Wave from the Sidelines.

Next up, we have Manchester alt-rock band FTK - Feed the Kid with the b-side of their single Achilles Heel which came out in November.  I dig this song quite a bit.

Next we have the lead track from Atlanta based artist K Michelle Dubois and her album Harness. For today, this is my favorite song from the album (I'm fickle - so I may have another favorite next time I feature her).

Hologram Teen is the solo project of former Stereolab keyboardist Morgane Lhote.  The album is called Between the Funk and the Fear. It was favorite of mine from last year.


"The Devil" by The Big Dumb

And we close things out with our first listen to the still new debut EP by Nashville band The Big Dumb.  You may recall, they played an E2TG Residency show back in June. They serve as the backing band of Rayvon Pettis, and all of the members stay busy with solo acts, other bands, and other projects - many of which you have or will hear on E2TG.  This is the powerhouse closing track from one of absolute favorite albums of 2018.  Check out the video playlist for an insane live version recorded by another E2TG favorite Music City Maven  (Chrystal Rhoten) at the band's December EP release show.