Time moves on... we are half way through the first month of 2019.  I continue to be overwhelmed with a lack of free time + too many commitments + a need for quiet reflective time + anxiety + cool music events to go to + procrastination + existential crises + political and social upheaval + cat memes + social awkwardness +did I mention lack of free time? + money concerns + did I mention cat memes? + not knowing how to end a list of things that seems endless..... whew!

Breathe!  I am right here, right now. I am doing what I am doing - which is writing this blog - and just for this moment, this is what I am supposed to be doing.

It is Wednesday and time to shuffle up all the songs saved to my phone memory card and see what comes out of it! 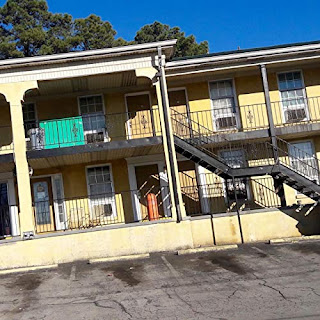 "Nothing Here" by Tombstones in Their Eyes

First up, we have another track from Nothing Here - the new EP by L.A. psych rock band Tombstones in Their Eyes. The band made the album with Paul Roessler - who is a veteran of the Los Angeles punk scene - having played in bands like 45 Grave. Roessler has also played with Mike Watt and his Secondmen. A great loud song to start off a very cold, frosty morning.

Next up, another loud L.A. band.  Viva Death's album Illuminate came out in October.  Band members include Scott Shifflet of Foo Fighters and his brother Chris. The line-up also includes members and former members of other L.A. rock bands.


"Day Before Tomorrow" by Brock Zeman

Next up, we shift gears a little with E2TG favorite Brock Zeman and a track from his 2013 album Rotten Tooth. Zeman - who often plays and records with guitar phenom Blair Hogan. Zeman is a powerful performer. He is also a producer - having produced a previous album by Nashville favorite David Olney.

I took part in a music gift exchange over Christmas. I sent out a few E2TG favorites of which I had extra copies, and I received Big Moon Ritual - the debut album by Chris Robinson Brotherhood.  The band was formed while Black Crowes were on hiatus.  Neil Casal-  - best known for his time with The Cardinals (Ryan Adams' band) in the late 1990s.  Big Moon Ritual was released in 2012.  Good stuff.

"Asking Me Lies" by The Replacements


"Take It Back" by Paul Zografi

E2TG favorite Paul Zografi is next with a track from his latest album Big Hotel - which was released last summer.  The album was recorded at The Bomb Shelter studio in Nashville and features some of Nashville's best players including Tim Carroll, J.P. Lilliston, Rob Crowell, Peter Keys, and more.

"King and Queen" by Decades

We close things out today with one from the E2TG archives.  E2TG first featured Decades - from Lansing Michigan, and their album Deep Deep Pink Sessions back in 2013.  The band's music is inspired by the great pop songwriting of the last five decades. This song is set in the year 1998 and has a great indie rock sound. The band's Facebook page has been idle since 2015, so I don't have an update on the band, but this album is still out on Bandcamp. Part of a group of E2TG "Classics" that I added into the playlist back around the time of our sixth anniversary.