Trending Thursday Morning Shuffle - One Setback at a Time

I'm back. I had a training away from my office which made it impossible to get the shuffle posted yesterday.  So, we are back with our Trending Thursday.

We have our usual mixed bag of music and mayhem.  Let's shuffle! 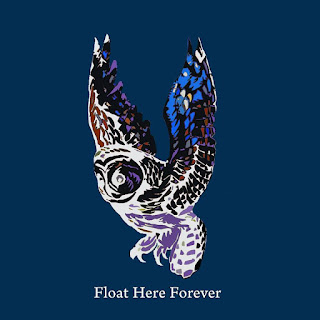 First up, we have another track from Lavine by the Swedish artist, producer, and remixer who goes by the name Moist.  Moist has done official remixes of artists like Pet Shop Boys, Imogen Heap, Moby, and more.   A good start to a rather frosty morning in Nashville.

"Girl for Me" by  Ruzz Guitar's Blue Revue

Next up, we have some uptempo blues via a second listen to The Heist by Ruzz Guitar's Blues Revue.  Ruzz Guitar and his Blues Revue hail from Bristol, UK. As you may be aware, the blues have always had a special place at E2TG (be it traditional blues or more contemporary takes on the genre). This reminds me a bit of Mark Robinson's show band shows and recordings. Not so much musically but in the style.

Next up, we have a second listen to some new music we recently received from an old friend of E2TG. kettleflower features the words of Patrick Rickelton (who we knew as Prattle On, Rick) and the music of Mike Purcell. This is some great local music that helps demonstrate further the incredible diversity of music being made in Music City.

Last time, I posted about the new Batkhi Dahn album, Hogwash, I mentioned that overall it seems to feature more cohesive songs.  As if to prove me wrong, the next track that comes up is the 24 second opening track of mostly noise. It is what we expect from the mind of Hayden Nork and in the context of the album it works. One of the most talented and creative young people I know.  He is assisted on the album by his brother Evan and Luke Slomba (who are both equally talented and creative).

I don't know if this Canadian based electronic/art pop artist's name comes from the Talking Heads album, More Songs about Buildings and Food, or if it just comes from Buildings and Food.  It doesn't really matter. The album is Quick Beat Save, and I am digging the chill sound of this album.

Float Here Forever is a heavy alt-rock/punk band from Detroit. Their album that we are featuring is called Tour the Ruins.  Good music to keep me warm on my cold walk up the hill this morning.

Next up, we have a first listen to Two Sides of This Town from California (not Canada) singer-songwriter Bobbo Byrnes.  Bobbo is also in a band called Fallen Stars.  In addition to being a musician - I understand he is a hockey goalie and a color commentator.  I'm not sure why commenting on color is worth mentioning, but I just mentioned it. Looking forward to hearing more. I dug this first listen.


"One Setback at A Time" by Pete Berwick

Next, we have another track from Island by country/punk or punk/country (ah heck it's good music).  Pete Berwick is based in Illinois and is considered a pioneer of cowpunk - which I think is an important precursor to Americana (the part that foretold some of the hard rocking bands that make Americana more exciting).  This is beginning a favorite album of mine.

So, I've mentioned that in the context of my shuffles - sometimes song intros and the like come up (out of context).  For some reason, I like this. This time up, we have our first listen to the album She Gave Me a Rainbow (in the form of the opening announcements from this really incredible recording event). The live album was recording inside the 200 year old  church - Old St. Paul's in Newton, North Carolina.  The music - which we will be featuring over time - include gospel and folk songs performed by some of our favorite Nashville musicians like Sally Jaye and Sarah Roberts (Ladies Gun Club), Griffin Winton, Anna Joy Harris, and Javi Jones (The Big Dumb), plus India Ramey and more.  The video clip in the playlist below is from the Cafe Rooster Party at Americana Fest last September featuring some of the artists from the album.

Strangely, the introductory track from She Gave Me a Rainbow segued neatly into this track from Coyote Motel about the loss of a friend.   Looking forward to a really interesting CD Release show on February 16 at The 5 Spot.

Batkhi Dahn is a teenage band and here they are singing about a teenage dance party. This track slightly backs up my initial post about this album.  I'm not entirely sure what this song is saying about teenage dance parties, but it is the kind of fun and musically adventurous music we have come to expect from Batkhi Dahn and the other Dord Music Group bands. With The Foresters on hiatus, maybe I can get Batkhi Dahn down to Nashville for a show.