I am sometimes asked (not really, I just wanted to tell you) why "Wild Wednesday"?  Well, to my way of thinking, we've made it this far through the week and that is worth celebrating. So, on Wednesday, we open up and shuffle music from all the songs saved to my phone. The songs on my phone include current and previous featured music, songs from legacy E2TG favorites, other music from my personal collection, and random music files that came my way but didn't meet the criteria to be featured music.  The shuffle always ends up being a lot of fun and usually a little wild.  The "wild" in wild Wednesday, however, is a reference to a "wildcard" in that this shuffle be anything.

Let's jump right into the shuffle! 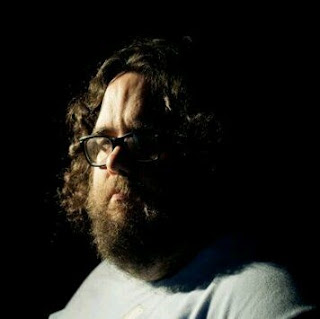 Our first track today comes via Music Makers Relief Foundation.  Mr. Q (Cuselle Settle) is a self-taught piano player who was born in 1913.  Music Makers - an organization we have written about before and will write about again, made it possible for Mr. Q to release an album - also called Cocktail Boogie.


"Made of Light" by Tymon Dogg

Going back a couple of years, we have the title track from UK musician Tymon Dogg's album. Tymon Dogg collaborated with The Clash and Joe Strummer.


"Call of the Night" by Josh Hyde

Next, another title track - this from Josh Hyde's previous album.  He has a new album set for release in April 2019 called Into the Soul - which was produced by Nashville musician and producer Joe V. McMahan.

Next up, we have another song from that Bruce Springsteen live show - now almost 3 years ago - from the River Tour.  The Price You Pay is the fourth song on Side 4 of The River.


"Lose Your Money" by Blue Largo

Next up, we have a bonus track from Before the Devil Steals Your Soul by 2018 Earie winners, Blue Largo - a Southern California blues band that formed in 1999.

Going back a couple of years, we have Nashville's own and E2TG favorite Andrew Adkins from his Glass Castles album.  Adkins is a great songwriter and a wonderful guy.


"Oh My Magnolia" by Matt Ellis

Next up, we have our first listen to Matt Ellis and his new/forthcoming album Rambler Pacifico.  Matt is a singer-songwriter from Southern California.  This was my first listem, and I am digging what I'm hearing so far.


"Land Before Time" by Matt Phillips and the Philharmonic

From the E2TG archives, we have North Carolina songwriter Matt Phillips - who we first met when he played Music City Roots a few years back.  This is a joyful, upbeat song.

And why don't we close out the day with one of 2015 E2TG Artist of the Year Jon Latham's best loved songs - from his debut album, Real Bad News. The album title came from this song which names checks Eddie Cochrane, Charlie Rich, and cheekily references Don Henley. This song was many people's first exposure to the lyrical genius that is Jon Latham.  The video playlist showcases the powerhouse that is Jon Latham's live band.