I know some people may get tired of me saying this... and I freely admit, Nashville is the only music town I know really well... and I know there are extraordinary music makers all over the world...however, I continue to be blown away by the depth and breadth of the musicians and music here in the Music City.

Last night, I arrived at The 5 Spot at 6pm and left a little after midnight.  During that time, I saw five different bands.  Jim Hoke - who I think is the most inventive and creative minds around - highlighted songs from his new album backed by an incredible collection of musicians, singers, and guests. Interspersed throughout the good sized crowd, was a veritable who's who of Nashville songwriting and musician greats.  Jim Hoke is the mastermind behind the visionary group Aqua Velvet and he is also a multi-instrumentalist who backs many other talented folks.

The late show - featured four bands. Lakehouse Boys went on first, I was very impressed by their pop-oriented sound and on-stage humor. The band features one of the regular sound men from The 5 Spot as wells as a member of the band Boy Named Banjo.  Born Animals was next. Despite some technical problems that shortened their set time, I really liked their high energy punkish sound.   Timothy George aka The Singing Butcher was next - backed by an amazing band. George is one of my favorite songwriters in town, and it has been a little while since I have seen him with a full band.  E2TG Band of the Year, The Big Dumb, closed the night with a typically manic/amazing set of songs. I have already said a lot about them this week, so suffice it to say, I was not in the least bit disappointed by last nights show.

Now, it is time to dig back into our newish "Trending Playlist" - some of the more recent additions to the E2TG playlist. Let's do it! 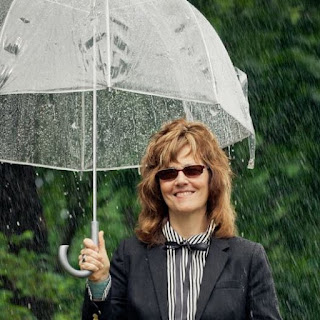 "The Start of Something Easy" by Peter Rogan

First up, we have another track from the forthcoming new album, Still Tryin' to Believe - by singer-songwriter Peter Rogan. We have a March 1 release date listed for this album. I am really enjoying the album so far.  Rogan enlists Phil Madeira, Will Kimbrough, Chris Donohue, and Dennis Holt to play on the record - which was recorded a Butcher Shoppe Recording Studio - which owned/operated by John Prine and David Ferguson. The result is an amazing sounding record, that I thrilled to feature on E2TG.


"Best I Can Tell" by Mark Bryson


"The Sound of My Guitar" by Healthy Junkies

Next up, we have a first listen to a recently released song by UK punk band Healthy Junkies - whose name is a reference to the overuse of pharmaceuticals to treat mental health issues in the U.K. (although it is a global problem).


"Joey's on Pills" (with voice) by Pilotcan

Next up, we have another first listen - this to the album Bats Fly Out from Under the Bridge. Pilotcan are from Edinburgh. This is a mostly instrumental track - with some interesting spoken word down in the mix. Can't wait to hear more of the album.

Next, we have a second listen to Code Blue from Chicago industrial electronic music that i am liking quite a bit.  Expect to hear more soon.

Some good old fashioned/new fashioned hard rock music is up next - we have another track from the album You've Got Some Nerve by Los Angeles band SNEW.  Great stuff.


"Taking Us For Granted" by Float Here Forever

Next, we have a first listen to Detroit alternative rock trio - Float Here Forever from their album Tour the Ruins which was recorded by Dave Feeny - whose credits include playing on the album Van Lear Rose by Loretta Lynn - produced by Jack White - who is from Detroit.


"True or Not" by Amelia White

Finally, we close out the shuffle with another Amelia White' forthcoming Rhythm of the Rain. Amelia put on a great show Saturday night backed by the Blue Souvenirs - this edition featured album producer Dave Coleman, Paul Niehaus, Parker Hawkins, and Justin Amaral.  The enchanting Julie Christensen added vocals and performed one of her own songs.   Rhythm of the Rain is one of my most highly anticipated albums of 2019 - and you can pre-order it now.  This song was co-written by one of Nashville's finest songwriters, the great John Hadley.