Now that 2018 has been wrapped up tight, let's move back into our Trending music for 2019.  Today's shuffle comes from the new "Trending" playlist - which is new music we added in November 2018 or later.  Not sure how often I will refresh this playlist, but I want to limit the size of it.

We have a bunch of first listens today, so let's jump right into the shuffle! 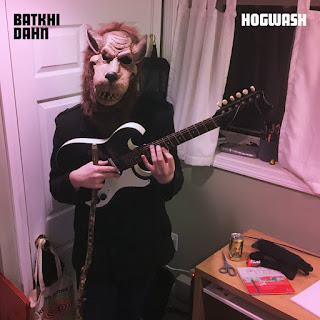 Out of the gate, we have a first listen to Songs from the Age of Ruin, the forthcoming album from Twilight Fields - a Northern Canadian band that plays mixes progressive, ambient, psychedelic music with meaningful lyrics which address the important issues of our time.  The album is due out on February first, so you can't hear "Soldiers Song" yet, but check out the video playlist below for "Demagogue".  I am looking forward to hearing more from this album.

"Theresa" by Cabinet of Millionaires

Keeping up the political theme, we have a first listen to Cabinet of Millionaires - a UK artist that keep their message soulful and funky.  The "Theresa" in the title is the current occupant of 10 Downing Street - Ms. May. We have a couple of different mixes of this song - today, we had the original music. I'm liking the trend so far this year.

Batkhi Dahn return to the shuffle with their latest release Hogwash. Batkhi Dahn is the primary creative outlet of Hayden Nork (The Foresters).  The Foresters are on indefinite hiatus - as members head off to different universities and colleges, but I expect the great music from their various projects to continue.  Hogwash - which was recorded between April 2017 and May 2018 features Hayden along with fellow Foresters - brother Evan and Luke Slomba).  The title of this song is German for hair conditioner. To me, the music here is more focused and more complex than previous Batkhi Dahn releases. This is great stuff.


"Months Away" by Christopher Sky

Next up, we have our first listen to Vastness - which came out in November - from L.A. experimental artist Christopher Sky.  Bringing some ethereal soundscapes to the shuffle. I enjoyed this very much and want to hear more.


"My Baby's Gone Viral on the Brain" by Milk Kan

Next up, we have a really cool track from UK band Milk Kan - who describe their music as drift blues and glitch country.  Glitch Country is also the name of the E.P. from which this track is taken. From the press release I got, the primary member of the band is presently working on writing plays.

Peter Rogan's new album "Still Tryin' To Believe" will not be out until March 1, but we have our first listen. Rogan is from Pennsylvania, but there is a Nashville connection.  Among the collaborators on the album are Phil Madeira and Will Kimbrough.  I could not find any videos to represent this song, but I found a old song with the same title. I do not have any indication in the notes I have available right now, that this song is a cover. Much more to come. I am really looking forward to hearing and presenting the rest of this album.

We close with a nine minute first listen to Thanksgiving - the debut release by Maternity Leave - from Connecticut.  The 3 song album was released on January 1, 2019.  The band members of Maternity Leave are literally shrouded in mystery, but we can gather clues as to at least some of their identities. The cover image first appeared on the Instagram account owned by one of the members of Discount Ravioli, and two other members of that band are in the other images on that post. As for the music, it is noisey and punky and pretty awesome. I don't know what this song has to with the Bayou, but I like it nonetheless.