In addition to the great music and the silent auction, there is also going to be a Community Canvas project on-going during the Hoedown.  For more on the organization behind this - click HERE


As fate would have it, I added some music to the Trending Playlist last night, and the final count of songs came in at exactly 500 (which is the max I set for the playlist).

Anyway, I'm kind of slammed with things - so let's get right to the shuffle. 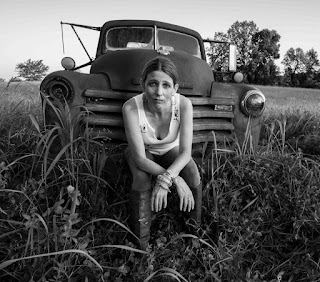 We start things off we an absolutely stunning song from Kim Thompsett from her upcoming album, The Hollows. The music here is lush and naturalistic. I can't wait to hear and write more about this release - which is due in May.

Next up, we have a cover of the hit song by Tears for Fears - by the Estonian Industrial band Evestus. The track features additional guitars by Matthew Setzer (Skinny Puppy).


"Down Along the River" by Eric Brace, Peter Cooper, and Thomm Jutz

Next we go back to Riverland - this time some Civil War history from the super-trio of Eric Brace, Peter Cooper, and Thomm Jutz.  They have made a wonderful album, and this track (like so many on the album - is timeless and excellent.


"Next Time Around" by Meghan Hayes

Next, we have a first listen to the forthcoming Seen Enough Leavers by veteran East Nashville singer-songwriter Meghan Hayes. The album marks a return of sorts, and it is a powerful statement of perseverance through a challenging time of life. This is a brilliantly restrained yet defiant song. Expect to hear much more from this album as we go along.

"Pin Up" by Fox and Bones


We are making out way - post haste - through the lovely Better Land album by Fox and Bones from Portland, Oregon - who I recently caught at The 5 Spot. I am sold on this band, and I consider myself a fan.

Next up, we have the title track and the first of two tracks from blues mandolin player - Bert Deivert and his band Copperhead Run.  Deivert's background includes playing with Peter Case (among many other). His band are from Sweden where he is now based. Great roots music.

Next up, we have another track from Fifteen - the latest album by SPC ECO which feature Rose Berlin and Dean Garcia (plus a host of guest musicians).  Really digging this album.


We close things out with our second track of the day from Blood in My Eyes for You.  This time, we have an R.L. Burnside cover.