Here we are at the beginning of another month. It is easy to despair in these times. Very easy to despair.  I still believe that as Martin Luther King, Jr said,  "...the arc of the moral universe is long, but it bends towards justice."  It can be easy to doubt this when your focus is too narrow.

A  few years ago, when we were seeing several positive developments (i.e. the affirmation of same sex marriage), I predicted that we would see counter reaction. I'll be honest, I never expected the reaction to be as powerful as it has been, but I still believe it is just a reaction to the overall progress.

This does not lessen the need to continue to fight and resist.


Well, it is Monday, and we have another super-cool "Music City Monday)  featuring some of my favorite musicians (some of whom are among my favorite people).  Let's shuffle! 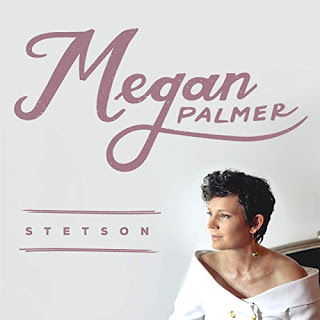 What a great way to start this month and this shuffle!  This incredible Megan Palmer song was released as a single last year.  The accompanying video was produced by the great Stacy Huckeba.  The song is a wonderful testament to perseverance and hope and true beauty and letting go.  Megan Palmer is a cancer survivor and this song was a direct result of that battle and victory.

Wild Ponies were recently the victims of a tour van break-in. I have to say that there is a special place in hell for people who steal from touring musicians.  I wish them well as they pick up the pieces and try to continue their tour missing equipment and merch.  This is a track from their remarkable Galax album. It is a true story of a visitor to Doug and Telisha Williams' house.

Next up, we have Tommy Womack from his 2007 There, I Said It album.  This country-styled song is a reality check from anyone who takes the notion of Nashville being a "Five Year Town" too much to heart.


"Time to Lose" by Jen Starsinic

Next up, Jen Starsinic from her 2014 album, The Flood and the Fire.  Starsinic is doing great work helping the next generation of female songwriters through the non-profit Girls Write Nashville.  She is a remarkable songwriter in her own right, and this is a great song.

I am so glad Loudon Wainwrite III spend some time in Music City so that I can include him on this playlist. Today, we have twofer from Wainwright in the midst of this shuffle.  The first track was included on his recently released compilation - Years in the Making.  "Things" was originally released on his 2005 Here Come the Choppers Album.   The second is a song originally included on his 2014 Haven't Got the Blues (Yet) album.  Man & Dog was released as a single (at least a streaming single) in 2018.  It is not on Years in the Making (FYI).


"Change Your Name" by Mark Huff

Next up, we have a track from Mark Huff's 2010 album, Feels Like California.  Huff is a favorite Nashville artist who also spends his non-touring time in his native Las Vegas.  His latest album, Stars for Eyes, was one of my favorites of last year.


"I Wish I Had that Mandolin" by Kane Welch Kaplin

If you don't know who Kane Welch Kaplin are, first go listen to their music.  Next, go do the research to find out about them.  I will give you a jump start. This dynamic trio is Kieran Kane (the O'Kanes), Kevin Welch, and Fats Kaplin.  Kane and Welch helped form the artist run Dead Reckoning Record label on which this album was released.

This Tom House song - from Inside These Walls - was also included on a 1996 compilation called Insurgent Country, Vol. 3: Nashville - The Other Side of the Alley which includes an incredible line-up including Tim Carroll, Kurt Wagner, Duane Jarvis, Kristie Rose, and many, many more. Tom House is Nashville's best kept songwriting secret, and I am doing my part of spread that secret.


"How Broken" by Brett Ryan Stewart

Here is one of those coincidences that happens so often on E2TG.  We close this shuffle with a track from one of my favorite people - Brett Ryan Stewart - who recently opened Wirebird Productions - who have been making some amazing music - including that "Blueberry Fireworks" song that we premiere the video off a few week's back. This is from Stewart's album Turn Turn (the covers) and it is a cover of a song by Jamie O'Hara.  O'Hara was the other half of the hit country duo The O'Kanes with Kieran Kane who appeared earlier in the shuffle with Kane Welch Kaplin.