And just like that, the weekend is over... time for another Music City Monday!

Let's not waste any precious time, and get right to it! 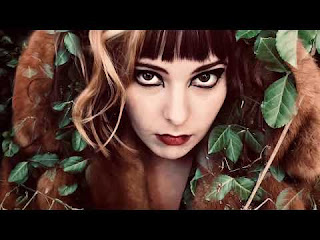 "Coast to Coast" (Live) by Walk the West

We start things out with one of the live bonus tracks from the CD reissue of the Walk the West self-titled album.  I would consider this a "deep cut", but it is a solid reminder that Walk the West were a musical force to be reckoned with in Nashville in the mid-1990s. Led by the late Paul Kirby (whose father, Dave Kirby, wrote "Is Anybody Goin' to San Antone?" - the band (which also featured the Golemon brothers (John and Will) put on incredible live shows (I was fortunate enough to catch a few).

Staying with the "West"ern theme but jumping ahead a few decades, we have a Monday morning two-fer from Western Medication from their 2018 album Taste. The band plays cool post-punk, indie music with a strong pop sensibility to it. They formed in 2011.  The lineup includes a fellow WXNA DJ - Sweetbaby Josh of Hot Fudge Tuesday.


"Indiana Gal" by The Singing Butcher

I'm gonna dedicate this to my DJ partner Sue.  It is a fact of life in the 21st Century that many, if not most, musicians in Nashville work some sort of day job. Most don't go out of there way to point this fact out, but Timothy George - made it part of his "brand".  He is a butcher in East Nashville.  He is also one of my favorite songwriters. This is from release called The Butcher Papers.

Yes, Robyn Hitchcock is a long-time East Nashville resident. This is a track from his 2017 self-titled album - that features Emma Swift, Gillan Welch, Pat Sansone, Jon Radford, Grant-Lee Phillips, and another fellow WXNA DJ Annie McCue. The album was produced by Brendan Benson. A wonderful entry in an incredible body of work. By the way, I learned that Robyn Hitchcock has had only one "day job" in his life (outside of music), and it lasted for about a week in the early 70s.

E2TG favorites Adrian + Meredith (AKA The Meredith Band  :-)) have been on loan from East Nashville to Europe for a couple of months or so now. But, this is to serve notice Europe that we expect them returned soon. I expect to see them some time in the future at a $2 Tuesday.


"Don't Care" by The White Animals

The White Animals were one of the most popular local bands of the 1980s.  They reunite on a fairly regular basis.  This is from the essential compilation of Nashville 80s music Return to Elliston Square 1979-1989.  Elliston Square was a small club across the street from Exit/It (where The End is now). The album is available on Spotify and you should check it out to see what Nashville rock and roll was all about in three decades ago.


"Only Time Will Tell" by Glossary

Glossary deserve spot in any list or article talking about great Nashville area rock over the decades. The band celebrate 20 years  a couple of years ago with what may be a farewell series of shows. They left behind some great albums like The Better Angels of Our Nature - from which this song is taken.  Front man Joey Kneiser has released a few solo albums, directed a movie, made music videos and more.

We were fortunate to have Bee Taylor and her killer band be a part of our 7th anniversary shows last year. She is one of my favorite artists in town. I got to see her a week or so ago playing with her frequent musical foil - Cody Brooks - who was fantastic by way.  Taylor has been releasing a series of singles over the past several months.  This wonderful song was released back in April. It is strong, sexy, and special - just like Bee Taylor herself.