Ready to head into the weekend.  The Residency is over, but still much work to be done.


Today's Featured Friday shuffle is up next! 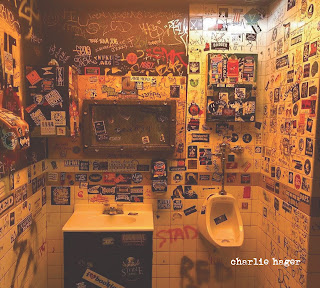 "Hey Man (Hammerheads)" by Leroy from the North

Up first is another track from Health and Fitness by Leroy of the North which is the brainchild of guitarist and singer-songwriter Eli Wulfmeier. Wulfmeier's credits include Katy Rose, Brian Wright, Shelby Lynne, Joe Purdy, and Jonny Fritz.  He spent three years with Wild Feathers, and is currently a member of the band Dorothy.  I am really digging this release, and this is a great song.


"Nothing to To Do With You" by Charlie Hager


Next up, we have another track from Truth and Love by former Nashville and current Las Vegas based singer-songwriter Charlie Hager.  This is his follow up to American Saga - which we covered back in 2016.  This album's origins go back that far or more.  It is a departure from American Saga in some ways. The album features a cavalcade of talented Nashville based musicians - including some familiar names. The album is set for a digital only release one week from today.  Don't have this track on video - so please enjoy another Charlie Hager song in the video playlist.


"The Counting Song" by Joe Goodkin

Long-time E2TG favorite Joe Goodkin released Paper Arrows earlier this month.  The album is a songwriting tribute to The Band. I am a huge fan of his songwriting.


"If I Loved You Hard Enough" by Heavydrunk

Next up, we have another track from Holywater - the recently released new album from Heavydrunk - which is a project of Rob Robinson who owns the Leiper's Fork Puckett's Grocery.  The release of this album will be celebrated on November 13 at 3rd and Lindsley.   The album has a great sound.


"Nothing to Lose" by Tate and Silas

Next up, we have the title track from the third release by Connecticut band Tate and Silas. The band has a great sound and cool vibe. Check them out.


"The Dozens" by The Luckies

Next up, another track from East of Eden by Montreal based band The Luckies. Really digging this album.

We have another track (for the second day in a row) from Fire Out of Stone by Austin based  singer-songwriter Chuck Hawthorne.  Great stuff..

Madeleine Besson is an East Nashville singer-songwriter from France. She recently released In the River, and it is a fantastic.  Some of the songs on the album are in French and some in English.  This song title translates to Sweet Thoughts. Love this song.

Up next, we have another track from Tell the Truth, Shame the Devil by Rod Picott.  This is up among my favorite albums of the year. Not all of the songs from the album are available in video form, which is cool because it gives me a chance to pick some older videos made by the great Stacy Huckeba.

And we close out the shuffle and the week with another great song from Suthernahia by Ben Davis Jr. Digging this album a lot.