On we go,  back at it for another week of E2TG. I am hard at work developing a plan for my proposed "reboot" of E2TG scheduled for early 2020.  I have some good things in mind.

Now, let's get on with the Music City Monday shuffle! 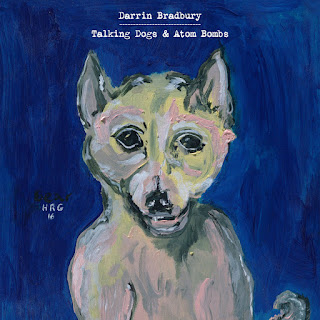 "Waiting So Long" by Becca Mancari

First up, we have Becca Mancari with a track off of her 2017 album Good Woman.  Mancari is from Virginia and has lived all over the world.  She is one of our finest songwriters and does a great job of finding her voice while blurring the lines between genres.

I don't know whether to call Braintapes a side-project or an on-going predecessor of The Big Dumb. The band includes three members of The Big Dumb (Griffin, Stephen, and Daniel - along with Drew D'Oliveira), and if my memory serves me correctly, the band pre-dates The Big Dumb, but they still play shows on occasion and they (fairly) recently released some music.  Anyway, it is cool stuff, and you should check it out.

As we await some new music from the talented songwriter Jen Starsinic, we continue to explore her 2014 release The Flood and The Fire. This song is a wonderful take on growing up physically and emotionally.


"Alabama (for Michael Donald)" by Will Kimbrough

Sometimes, my random shuffle just happens to come up with some timely selections.  At a time, when white politicians are comparing a constitutionally driven investigation to lynching, it is important to remember what lynching is and of the history of this horrific act in our country.  This song from Will Kimbrough's 2019 album I Like It Down Here - recounts the 1981 (yes 1981) lynching of Michael Donald in Alabama.  If you are not familiar with this crime, here is a link.


"Me Against Me" by Bill Lloyd

Having Bill Lloyd come up after Will Kimbrough in this shuffle reminded me of driving up from Cookeville to see Will and the Bushmen at the Cannery and Bill Lloyd running from the bar area to jump on stage to join in on a song. I am so glad that Will and Bill are still making great music, and that I have had the chance to meet both of them.  This is a song from Lloyd's 2017 album It's Happening Now.

Darrin Bradbury extends his lead as the most tagged artist in E2TG history - as we feature the title track from his latest album - his first on ANTI- Records.  Bradbury will be playing some East Coast dates with Cory Branan soon before heading off for his first tour across the pond. So, excited to continue to follow Darrin and see what happens next.


"Heavy Desert" by The Mumzees

Next up, we have another title track - this from their 2015 release. I haven't seen or heard much about this band in a few months.  I got to see them a couple of years ago, and they were fantastic.


"I Never Ask for Nothin'" by Taylor Alexander

Next up, we have our old friend Taylor Alexander with a track from his Good Old Fashioned Pain album which came out earlier this year. I met Taylor through Darrin Bradbury back in the day. After a stint on The Voice - which produced a video that was viewed over 3 million times, he made a fantastic album or good old fashioned pure country music.


"Tell It To Me" by Allen Thompson

Next up, we have one of East Nashville's sweetest and best assets with this track from 2012's  Allen Thompson Band album Salvation in the Ground. These days, Thompson can often be found playing with Lady Couch or doing Allen Thompson and Friends shows at places like Dee's in Madison.

And, we close things out with another track from Matter and Time - from another of East Nashville's best.  A great way to close out this first shuffle of the last week of October.