*Note: The video playlist at the bottom of the post attempts to closely approximate the shuffle I listened to on my way to work this morning. When a video for a song was not available, I substituted another song by the same artist. When I could not find any videos by an artist, I included a related video or did not include a video for that track. This blog may reference unreleased tracks, however, no unreleased music is ever included.

Got those rainy day, mid-week, stayed out too late blues...   But, not really blues, but it is mid-week and rainy, and I did stay out too late...   Another fine edition of $2 Tuesday - great hangs, cool music, and $2 Yazoos for $2 admission.  Jack Silverman was dazzling with his jazzy, improvisational guitar sounds as he opened the night of music, Kristen Englenz made her $2 Tuesday debut to close out the night - with a killer band. In between was host Derek Hoke and Cara Louise from St. Louis. Plus DJ Tim Hibbs spinning Halloween themed songs.

Onward, it is Wednesday and that is day, we get wild and just throw open the shuffle to whatever songs are on my phone. Let's go! 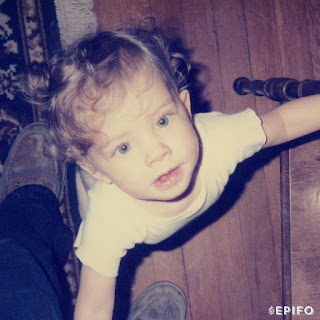 "The Bridge" by Kingsley Flood

First up, we have a track from Another Other - the 2016 album by the Boston/Washington D.C. based band - which we featured back then.  They have a more recent album called Neighbors and Strangers. Great stuff.


"Rockin' With Peggy" by L.C. Robinson

Next up, we have an instrumental song by blues legend L.C. Robinson. It is from his 1974 album House Cleanin' Blues.  The album was recorded in San Francisco - Robinson died in 1976 in Berkeley,California.

Next up, we have our penultimate track to feature from You Have Been Processed - which came out earlier this year.  Great UK inidi rock.

Great to have E2TG Artist of the Year Rich Krueger back in the shuffle -as we revisit NOWThen - his 2018 album that help garner that award. This song is a great example of why I consider him one of our best song writers. Krueger has a new single out in anticipation of a new album.

Speaking of one of our best songwriters... but I don't have a song today from Adam Carroll.  Rather we have the Introduction from his 2006 Adam Carroll Live. As I have said, before I love when these intro tracks come up randomly in the shuffle - I don't know why.  By the way, we have already featured Red Bandanna Blues on E2TG.

Next up, we have a track from The Big Sleep: Future by Golden Ghost - which is the first of two tracks from our New Music playlist. Golden Ghost is the project of Laura Goetz and this is the latest release from her The Big Sleep series of releases.


"Stole My Heart" by Charlie Hager

Our newest song in this Wild Wednesday shuffle is another from the forthcoming Truth and Love album. The album is due out digitally on Friday.  Check it out!

Next up, we have a randomly generated two-fer from Batkhi Dahn.  The first track goes back to 2014 and an EP called Four Song Delinquent.  The second track (clocking in at nearly twelve minutes) is from the 2018 release Hogwash.  I pretty good survey of the early and late period of this Connecticut band - which was the brainchild of Hayden Nork (The Foresters, Them Airs). Nork's more recently band/project is called Merrill Beach, and we have a couple of songs to feature from that band.


"Show You My Love" by Gloom Balloon

We close with the return of one of my favorite albums of 2017.  Gloom Balloon from their album  Drying the Eyes of the Goddess of Gloom Underneath the Sun and the Moon.  A great reminder of why this Iowa band impressed me such much with this album.