*Note: The video playlist at the bottom of the post attempts to closely approximate the shuffle I listened to on my way to work this morning. When a video for a song was not available, I substituted another song by the same artist. When I could not find any videos by an artist, I included a related video or did not include a video for that track. This blog may reference unreleased tracks, however, no unreleased music is ever included


Moving on through the week!  Happy Halloween and happy Thursday!   Let's jump right into the shuffle! 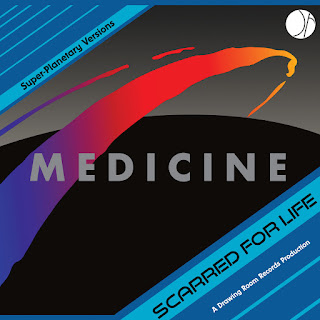 "Too Clever by Half" by David J

First up, we have David J (Bauhaus, Love and Rockets) with a track from the RSD reissue of his 1985 album Crocodile Tears and the Velvet Cosh.


"Dreams" by Tombstones in Their Eyes

Appropriate for Halloween, we have two tracks from L.A. band Tombstones in Their Eyes.  We previously covered their 2018 album Nothing Here.  They just released a pair of singles ahead of their new album Maybe Someday.  This first track is the last track on the album.  An alternate take was released as a b-side of one of the singles (and that it what is in the video playlist).

"Ivory and Gold" by Shane Guerette

Next up, we have New York based blues/rock singer-songwriter Shane Guerette from his self-titled EP.  This one actually shouldn't have been in this playlist as it is a 2018 album, but it's a cool song, so I can't complain. (Plus I was the one who put it in this playlist.) :-)

Next up, another track from Talking in Insallments by UK band Ring Ring Rouge.  We have been featuring this album pretty regularly.  It is a good one.

E2TG Band of the Year, Bark are back with another track off of Terminal Everything. I noticed that the auto-generated YouTube videos for Bark - list the band as B.A.R.K. which got me to thinking what the initials might stand for... I came up with Bodacious Artists, Rockin' Kids.  Still working on it.


"House of Light" by Taylor Barton

Next, the title track to the album by singer-songwriter Taylor Barton.  This is another that has lingered in the New Music playlist for a while. It is a wonderful album with a great cast of amazing musicians.

Next, the radio edit of the remix of "Winter Tale" by Ummagma.  A.R. Kane is best known for his part on M/A/R/R/S and their hit song "Pump Up the Volume". I think we featured the original remix previously.

Next, the first of two tracks from Scarred for Life by Medicine. This song really hit me hard this morning - I dig it.


"Need to Change" by Magnapop

Next, another from The Circle Is Round by Atlanta based Magnapop.  Digging this album.


"Fremont Street" by Jeff Mix and the Songhearts

Next, the penultimate track to feature from Lost Vegas Hiway by the fairly new Nashville (by way of Las Vegas) band.

Next up, another from Pray Through Gritted Teeth by Leland Sundries.  The band led by Nick Loss-Eaton has been based in Brooklyn for many years, but Loss-Eaton has relocated to Memphis.  I actually (sort of) worked in a Food Court for a short time during college.  Our mall didn't really have a food court, but most of the food places were around the same place and the place I worked was the only one that had tables so everyone used our place like it was a food court. The key phrase in all this was "for a short time".


"Scarred for Life" by Medicine

Next - the title track from the new album by Medicine.


"Open Skies" by Tombstones in Their Eyes

And we close with one of the singles from the forthcoming album by Tombstones in Their Eyes.