After that, I stayed for Cordovas who were remarkable as always.

A relatively short shuffle this morning due to some technical issues (i.e. apps not behaving like I want them to) but what are you going to do? Let's go! 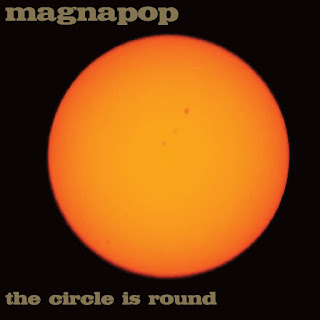 First up, we have the first single from the album Compass by Canadian/Ukrainian duo.  I have really been digging this music.  The album took 5 years to record, and the release of this initial single over the summer marked a new era for the band which formed in 2003 in Moscow.


"The First Time Ever I Saw Your Face" by Hafdis Huld

Next up, we have another track from the Variations album by Icelandic artist Hafdis Huld. This is the covers album that we have been featuring.  Today's track is a cover of the song made famous by Roberta Flack who took it to number one in 1972.  The song was written in 1957 by Ewan MacColl for Peggy Seeger.

Next up, we have track from Into the Soul by Josh Hyde from his album which was influenced by 1970s AM/FM radio  The album was produced by Joe V. McMahan.


"I Can Do That" by Neutrals

Next, we go back to Kebab Disco by Oakland, California based Neutrals. Some nifty punk rock - that I have heard compared to Wire.


"Dog On The Door" by Magnapop

Next up, we have another track from veteran indie/alt-rock band Magnapop from their album The Circle is Round released in September on HHBDTM Records.


"Baby Steps" by The Lilliston Effect

And we close things out with another cool instrumental track from The Funky Turducken by The Lilliston Effect. A nice way to close out this short but sharp shuffle of songs.